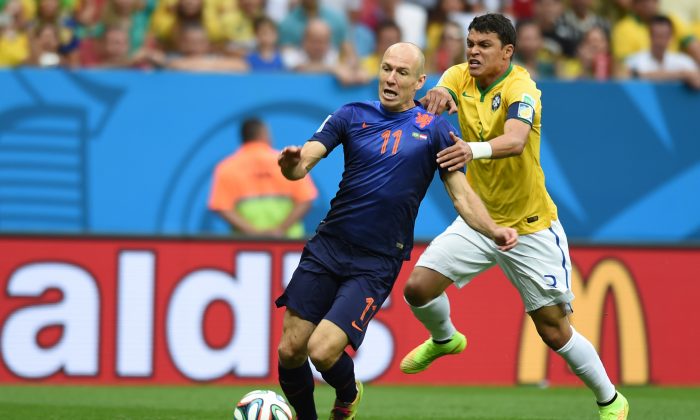 Netherlands' forward Arjen Robben (L) is fouled by Brazil's defender and captain Thiago Silva in the penalty area during the third place play-off football match between Brazil and Netherlands during the 2014 FIFA World Cup at the National Stadium in Brasilia on July 12, 2014. (VANDERLEI ALMEIDA/AFP/Getty Images)
Soccer

Did Arjen Robben take a dive to earn a spot kick?

Check out a video and photos of the incident where Brazil captain Thiago Silva fouled Robben, which happened in the 2nd minute.