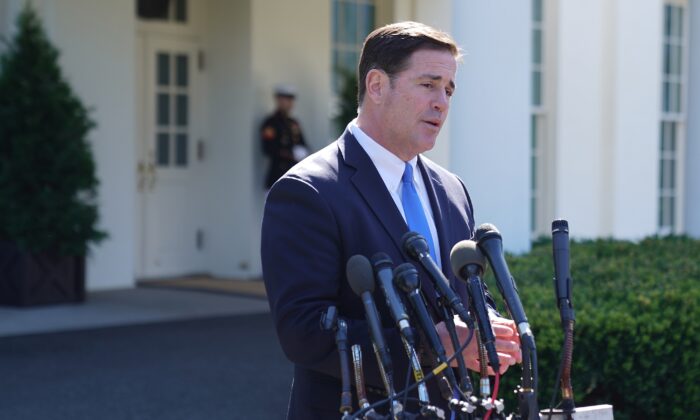 Arizona officials announced Monday that schools in the state will be closed for the rest of the academic year.

“Today’s announcement is intended to give parents and educators as much certainty as possible so they can plan and make decisions,” Ducey and Hoffman said in a new statement.

Schools in the state were previously closed through April 10. They were originally shut down on March 16.

The measure is one of many taken by state and federal officials to try to blunt the spread of the the CCP (Chinese Communist Party) virus, commonly known as novel coronavirus.

Arizona’s announcement affects public schools. Private schools must remain closed until at least April 30, per the federal guidelines. School leaders can wait until then to see what happens or announce closures through the end of the school year to mirror public schools.

Ducey said Monday that officials are grateful for schools and teachers “who have stepped up to offer virtual and take-home learning opportunities for our students.”

“These efforts are crucial, and we recognize that schools are making every effort possible to continue providing instruction during closures,” he added.

Arizona has over 1.1 million students in public schools and approximately 56,800 in private schools.

A number of states have closed schools for the rest of the academic year, including Kansas, Virginia, and New Mexico.

California, New Jersey, and North Dakota ordered schools closed “until further notice” while other states have kept open the possibility of schools re-opening before the end of the school year.

The CCP virus rarely causes severe cases or death in young people but youth can become infected and pass on the virus to family members. At least several youth have died from COVID-19.

Symptoms of the virus include fever, cough, and fatigue and preventative measures include regularly washing hands, avoiding touching one’s face with unwashed hands, and cleaning surfaces and objects at home.