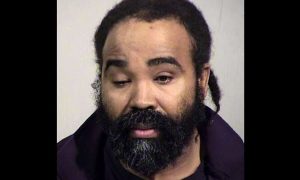 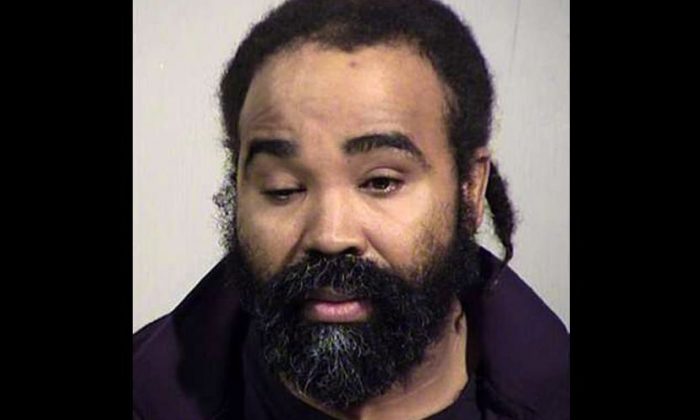 Nathan Sutherland, 36, a licensed practical nurse, was arrested on a charge of sexual assault of an incapacitated woman who gave birth in December 2018 at a long-term health care facility in Phoenix, Ariz. operated by Hacienda Healthcare. (Maricopa County Sheriff’s Office via AP)
Crime and Incidents

The male nurse who allegedly raped and impregnated an incapacitated woman was indicted on Jan. 29 on charges of sexual assault and abuse of a vulnerable adult.

A grand jury indicted Nathan Sutherland following his Jan. 23 arrest, one month after the woman gave birth to a baby boy at a Hacienda HealthCare facility in Phoenix, Arizona, reported 12 News.

Workers at Hacienda said they were not aware that the woman, who was initially reported to be in a vegetative state but was clarified to be incapacitated, was pregnant until she started delivering the baby.

A frantic 911 call ensued but the baby was born healthy.

Phoenix police officials said that Sutherland’s DNA matched that of the woman and baby. The DNA was obtained as part of the investigation; police got samples from all male employees.

Phoenix Police Chief Jeri Williams said at a press conference following the arrest that Sutherland, 36, was a licensed nurse who had worked at the facility since 2011.

Sutherland “committed this unspeakable act when he assaulted one of the most vulnerable members of our community,” Williams said. “From the minute we first became aware of this crime we have worked virtually nonstop trying to solve and resolve this case. The investigation was and still is the highest priority of our department.”

The investigation includes trying to figure out whether Sutherland assaulted any other people inside the facility, according to Phoenix police Sgt. Tommy Thompson.

Sutherland’s wife may have had marriage troubles, according to a report.

Sutherland was married during the time of the assault. His wife filed for divorce on Dec. 5, 2018, several weeks before the patient gave birth, reported the Arizona Republic.

Sutherland’s estranged wife asked her address not be included in the divorce petition due to harassment from Sutherland’s ex-wife and mother.

Immediately after he was arrested, Sutherland was fired from Hacienda HealthCare.

Sutherland was born in Haiti and he and his sister were adopted from an orphanage and brought to the United States in 1989. Sutherland became a naturalized citizen in 2011 and has resided in Arizona since 1993.

State nursing records show that Sutherland completed nursing-assistant training at Seven HealthCare Academy in Tempe in 2005. The academy is now closed. He passed an examination in October 2011 that enabled him to work in multiple states.

Hacienda HealthCare officials said that Sutherland, who doesn’t appear to have a criminal record, went through a thorough background check when he was hired.

He had been assigned to the Intermediate Care Facility—Intellectually Disabled since 2014, the company stated.

Meanwhile, a nurse who for years worked closely with Sutherland said that she was shocked after his arrest was made public.

Eleanor Riggers, a licensed practical nurse worked as a respiratory therapist at Hacienda HealthCare for 11 years, worked closely with Sutherland to help care for the victim, who has been described as a 29-year-old woman who can’t speak and can barely move.

Riggers said that Sutherland was a friend, describing him as fun and outgoing.

The news of his arrest shook her, she told ABC 15.

She said she’s worried that Sutherland abused other patients he cared for because there were many other women who have similar conditions in the wing that Sutherland worked in, with some also not being able to communicate verbally.

And she said that staff members didn’t always follow a policy of checking in on patients every 15 minutes.