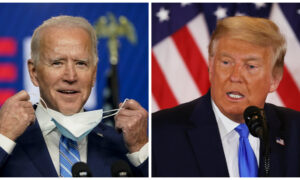 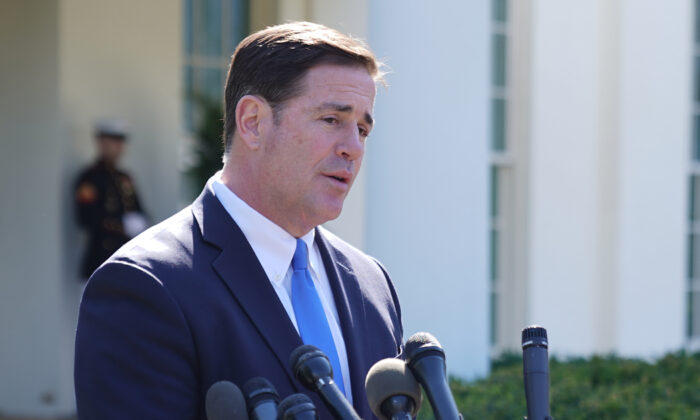 PHOENIX—Arizona is still counting ballots nearly a week after Election Day and still has roughly 75,000 to 80,000 votes left to count, according to Gov. Doug Ducey.

Ducey, a Republican, addressed the lengthy counting times in a Nov. 9 statement, saying that state officials’ efforts to make it harder to cheat has “also resulted in time-consuming efforts to ensure the integrity of our elections.”

“We’ve already seen the outcome of races change to a dramatic degree, and some results remain unclear,” Ducey said.

“The president, just like any other candidate, has the right to all available legal challenges and remedies, and we are confident they will be properly adjudicated,” he added. “We will respect the election results.”

The race in Arizona remains close between Trump and Democratic nominee Joe Biden. As more ballots were counted over the past few days, Biden’s lead over Trump has narrowed to just 16,952 votes as of Nov. 8. Biden declared victory in the presidential race on Nov. 7—a declaration that is disputed by Trump.

Hundreds of Arizonians have come out to rally against what they see as a fraudulent and corrupt election process. On Nov. 7, hundreds gathered peacefully outside the state’s capitol to voice their concerns about the integrity of the counting process.

That rally, one of many similar protests this past week across the city, occurred as a lawsuit was filed by the Trump campaign over alleged rejected votes in Maricopa County, the largest county in the state. The campaign stated that some in-person votes were disregarded because of improper guidance from poll workers.

Voters at the rally say they believe the election is going to play out via a long and contentious battle in the courts. They remained optimistic, albeit a little frustrated.