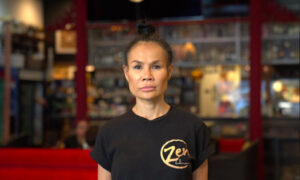 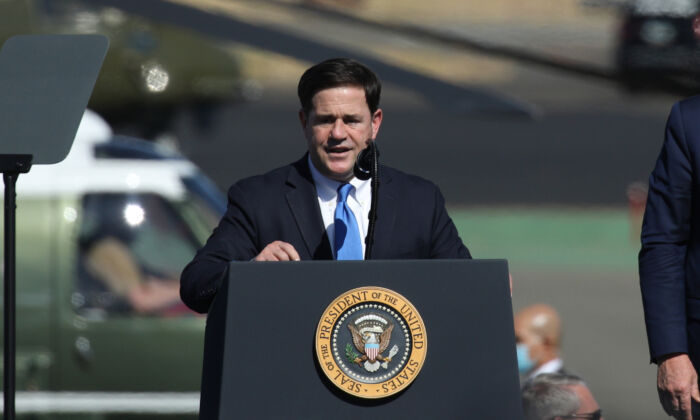 Arizona Gov. Doug Ducey on Thursday defended new guidelines that would allow public schools to potentially stay open even if there is “substantial spread” of the CCP (Chinese Communist Party) virus.

Last week, the Arizona Department of Health Services (ADHS) quietly revised a document that public schools have been using as guidance on when they should consider ending in-person instruction and returning to virtual learning. It now says students should switch to virtual learning only when three public health benchmarks are all in the “substantial spread” or red category for two weeks.

The three benchmarks Arizona uses to measure the severity of the CCP virus pandemic are cases per 100,000, positivity percentage, and COVID-like illness percentage. In the original guidelines released in August, the ADHS recommended school districts to bring students back traditional classrooms only then all three benchmarks moved to “minimal spread” or the green category, for two weeks, and close schools if any one of those metrics shifted red, not all three.

“Where it is possible and safe, we want our schools open, and we want our kids inside a classroom with a teacher at the front of a classroom, and them getting the best, safest, education possible,” Ducey said at a Thursday press conference where he was repeatedly asked about the change in school closure guidelines.

The Republican governor said the changes were done “with education leaders, the superintendent of public instruction, and public health officials.” He also emphasized that schools should read the guidelines as a recommendation, instead of an order that they have to follow.

ADHS Director Cara Christ said during the press conference that the decision was made after consulting with local health and education officials.

“During these conversations, our partners expressed concerns about the instability that would occur if recommendations to move back to virtual learning were based on a change in a single benchmark, especially in smaller rural counties,” she said.

Less than an hour after Ducey’s remark, Superintendent of Public Instruction Kathy Hoffman, a Democrat, wrote on Twitter the state’s education department “did not request or recommended any changes” to the ADHS guidelines.

The Arizona School Boards Association, which represents district school boards in the state, also released a statement saying that it wasn’t included in the discussions about the changes.

“This change was made without, to our knowledge, a concerted effort to communicate the reasoning for the change, or to understand the potential impact this change would have on district planning for the remainder of the year,” the statement read.