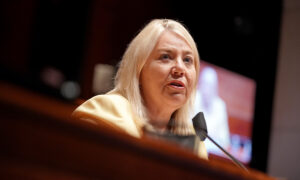 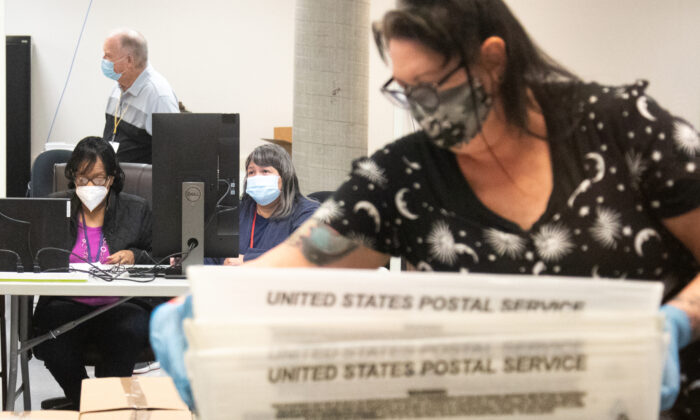 The Republican Party of Arizona has launched a lawsuit seeking a hand count of votes by precinct, as opposed to by voting center, arguing that this could yield a more accurate sampling of vote tallies.

The lawsuit seeks to enforce a hand count by precinct, arguing that this is required by state statute. Maricopa County set up “vote centers” across the county in the 2020 election, rather than voters being assigned “polling places” in their precincts, which has been the traditional practice in prior elections.

“There is a fundamental difference between sampling ‘polling centers’ and ‘precincts,’ most notable being the fact that there were only around 175 vote centers this election, but there were 748 precincts,” the Arizona GOP wrote in a release.

The Arizona GOP argued that hand-counting by precinct “would therefore potentially result in a more precise sampling of votes.”

Kelli Ward, chairwoman of the Arizona Republican Party, said in a statement that, “the question here is one of statutory construction, and whether the Secretary of State’s Elections Procedures Manual is able to supersede Arizona’s state law.”

She said the hand count by precinct would provide voters with confidence in the result of the contested election, with the Trump campaign and Republican allies filing a raft of lawsuits amid allegations of voting irregularities.

“Arizona voters deserve complete assurance that the law will be followed and that only legal ballots will be counted in the 2020 election,” she added.

In a separate lawsuit, the Trump campaign, the Arizona GOP, and the Republican National Committee are seeking to block certification of the election result in Arizona until affected ballots can be reviewed manually.

In Arizona, Democratic presidential candidate Joe Biden held a lead of about 11,000 votes over President Donald Trump as of Thursday evening, with over 10,000 ballots left to count across the state. The lawsuit there seeks a halt in the certification in Maricopa, Arizona’s most populous county.

States are still counting and certifying the results of the election. When the count is completed, each governor is required by law to prepare “as soon as practicable” documents known as “Certificates of Ascertainment” of the vote. The certificates list the electors’ names and the number of votes cast for the winner and loser. The certificates, carrying the seal of each state, are sent to the archivist of the United States.

Dec. 8 is the deadline for resolving election disputes at the state level. All state recounts and court contests over presidential election results are to be completed by this date. Most states set earlier deadlines for certification in November.

Matt Morgan, the Trump campaign’s general counsel, said Thursday evening they were seeking to halt certification until they can get a better handle on where the vote tallies are in states and whether they would have the right to automatic recounts.

“Our legal strategy is to proceed to bring resolution to any of our issues prior to final certification,” Morgan said. He said the strategy would reveal itself to be successful in time. “You can’t eat an entire apple in one bite.”