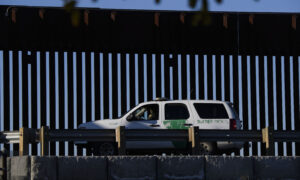 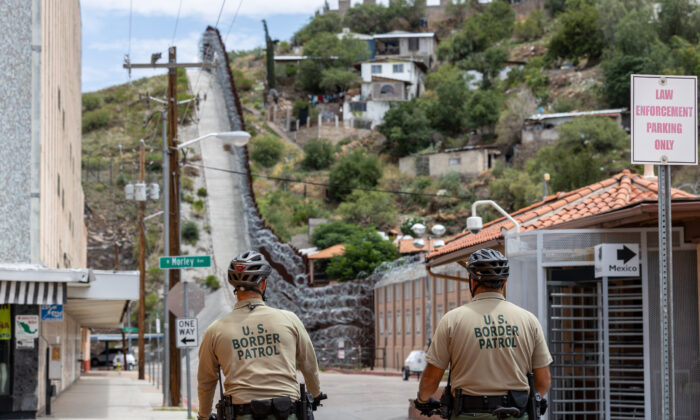 Border Patrol agents patrol the border in Nogales, Ariz., on July 29, 2019. The city of Nogales, Mexico, abuts the border fence to the right. (CBP)
Democrats

Sen. Mark Kelly (D-Ariz.) criticized President Joe Biden for ignoring the current surge of migrants at the nation’s southern border during his first speech before Congress on Wednesday night.

“While I share President Biden’s urgency in fixing our broken immigration system, what I didn’t hear tonight was a plan to address the immediate crisis at the border,” Kelly said in a statement following the president’s speech. “I will continue holding this administration accountable to deliver the resources and staffing necessary for a humane, orderly process as we work to improve border security, support local economies, and fix our immigration system.”

During the speech, Biden did not mention the situation at the southern border, where immigration agents apprehended in March alone over 172,000 individuals seeking to illegally enter the United States. According to the latest report by U.S. Customs and Border Protection, there were more than 351,800 encounters in the first three months of 2021, compared to 107,700 during the same period in 2020.

Instead, Biden declared that it is time to “fix” America’s immigration system and end the “exhausting war over immigration.” He called on Congress to pass H.R.6, also known as the “Dream Act,” which aims to establish a pathway to citizenship for those who were illegally brought into the United States as children.

“Congress needs to pass legislation this year to finally secure protection for Dreamers, the young people who have only known America as their home,” he said.

Kelly’s remarks echo criticism by Arizona Gov. Doug Ducey, who said his state was taking a toll from the illegal immigration influx because of “mixed signals” sent by the White House.

“If you want to stop the disaster that’s unfolding here and will only get worse in the coming months, President Biden, you should declare a national emergency and deploy the vast powers of your administration to stop what’s happening here,” Ducey, a Republican, said at a press conference at the border near Yuma, shortly after he deployed 250 Arizona National Guard troops to assist law enforcement efforts at the border.

“The first 100 days of Biden’s presidency have been marked by outrageous spending and the creation of an entirely new crisis at our Southern Border,” Lamborn said in a statement. “His ‘infrastructure’ plan is full of unrelated liberal priorities, with only 6 percent of funding going to roads and bridges. Moving forward, we must stop the reckless spending and halt the wave of illegal immigrants at our southern border.”