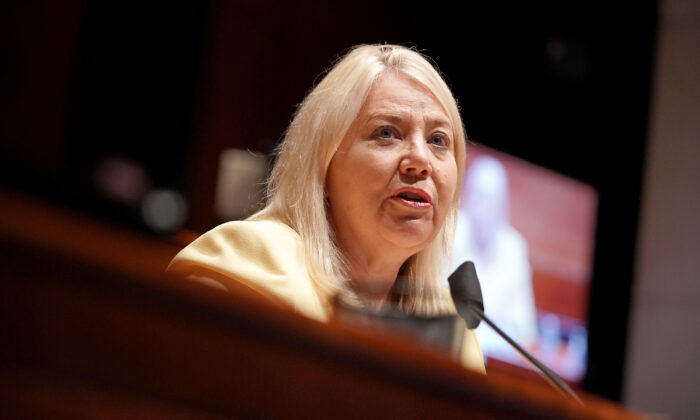 PHOENIX—Arizona Congresswoman Rep. Debbie Lesko (R-Ariz.) said she believes President Donald Trump shouldn’t concede until every legal battle is resolved, as a number of her constituents have contacted her over perceived irregularities at voting places across the state.

“I do not think that the president should concede until all of this has played out because it isn’t over yet,” she told The Epoch Times on Nov. 10. “I do totally believe that if the tables were turned and Biden was in this situation, he would do the same thing.”

County officials said they expect to finish counting this week tens of thousands of remaining ballots in Arizona. Trump is within 0.39 percent of Democratic presidential nominee Joe Biden, according to the latest unofficial results. An automatic recount will take place if the final margin is one-tenth of 1 percent, per state law.

The congresswoman said it was irresponsible for the media to call Arizona for Biden early on in the race with many votes still left to be counted. Trump’s campaign predicted that the president would win the state and its 11 Electoral College votes.

“The media doesn’t declare winners; they’re not the ones that determine who is the president. None of the states have certified the vote yet,” she said. “There’s still votes being counted; there’s still lawsuits filed that need to be resolved.”

Lesko—who represents Arizona’s 8th congressional district and is a member of the House Freedom Caucus—said quite a few voters have contacted her. “They thought something funny was going on either with their ballot or at the voting places.”

Most of the calls were about two issues: being forced to use Sharpie markers at polling places and votes being shown as canceled when they tracked them on the state website. Lesko said she spoke with the secretary of state and county elections officials, and they all said Sharpies don’t invalidate the ballots.

New ballots were used for this election. Officials told Lesko the ovals on the other side of the ballot were offset, so even if the Sharpie bled through, it wouldn’t have mattered. Election officials also told her they tested different pens, and Sharpies did the best job.

On the other matter, Lesko said the secretary of state’s office told her some people’s votes were canceled because they originally requested mail-in-ballots but didn’t mail them in, and didn’t bring the mail-in ballots to the polls when they showed up to vote in person on Election Day. Their in-person vote was then counted through the machine.

However, Lesko said that when she gave that explanation to an individual who had contacted her, the voter then told her they never requested a mail-in ballot. Lesko then asked the secretary of state about this individual’s name, and the office told Lesko the individual did request a mail-in ballot.

The congresswoman said she told all individuals who contacted her to report their issues to the Trump campaign website.

Lesko has had several conference calls with the Trump campaign. The campaign believes it has valid legal cases in Nevada, Pennsylvania, and Georgia, she said.

The Trump campaign also has filed a lawsuit in Arizona over alleged rejected votes in Maricopa County, the largest county in Arizona. The campaign stated that some in-person votes were disregarded because of improper guidance from poll workers.

“What the lawsuit does is they ask for a manual inspection of those ballots,” she said. “We’ll see what happens there.”

Dozens of Arizonian voters told The Epoch Times over the past week that they felt frustrated by this year’s drawn-out election process. Some questioned why Arizona couldn’t get its results out on election night like Florida did.

Lesko said many voters requested mail-in ballots but didn’t mail them, and instead took them to polling places to drop off. These ballots aren’t counted until after Election Day, “so in very close races it could take a week, or two weeks sometimes to count all these ballots.”

For voters who are feeling frustrated in these times, the congresswoman had a message for them.

“Keep up the hope,” she said. “The election’s not over until it’s over. There is still a possibility that President Trump will be president.”