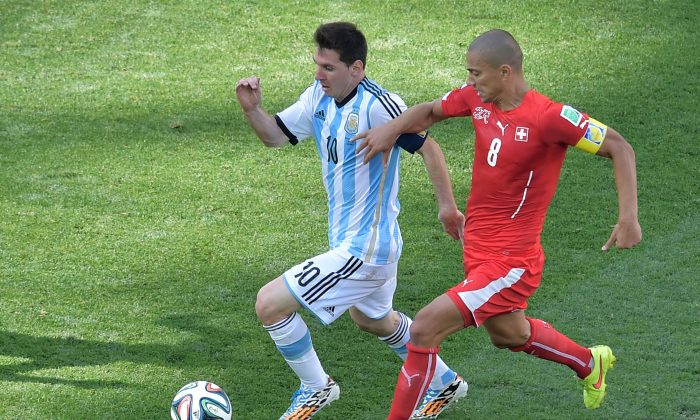 Argentina's forward and captain Lionel Messi (L) is challenged by Switzerland's midfielder and captain Goekhan Inler during the second half of a Round of 16 football match between Argentina and Switzerland at Corinthians Arena in Sao Paulo during the 2014 FIFA World Cup on July 1, 2014. (Gabriel Bouys/AFP/Getty Images)
Soccer

Argentina and Netherlands will face off in a World Cup 2014 match on Wednesday, July 9.

The game will kick-off at 4:00 p.m. EDT at Arena Corinthians, São Paulo.

The game will be broadcast on Canal 7 TV Publica, TyC Sports Argentina, DIRECTV Argentina, and DeporTV in Argentina, as well as Nederland 1 in the Netherlands.

There are no World Cup 2014 games slated for Monday and Tuesday.