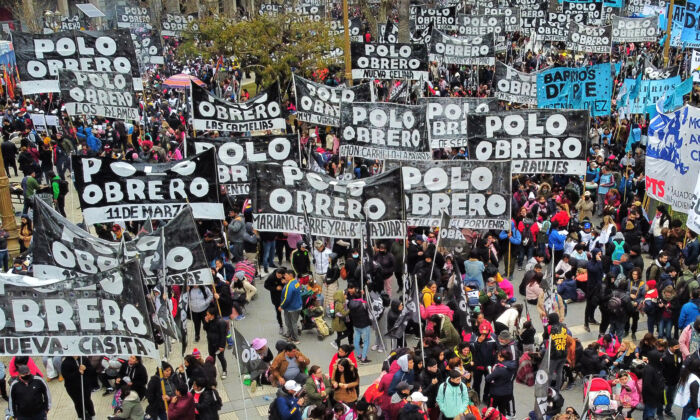 The Central Bank of the Argentine Republic (BCRA) raised its 28-day benchmark interest rate by 950 basis points on Aug. 11, pushing up the rate to 69.5 percent.

“The rise in the policy rate will help reduce inflation expectations for the rest of the year and consolidate the financial and exchange rate stability achieved after the disruptive events of the last two months that led to the intervention of the BCRA in the secondary securities market,” the central bank said in an Aug. 11 press release.

This is the eighth policy rate hike implemented by the BCRA this year and follows the 800-basis point hike announced two weeks back. The hikes come as the country’s inflation rose by 7.4 percent in July, pushing up the annual inflation to a two-decade high of 71 percent.

The inflation crisis resulted in the resignation of the country’s finance minister Martin Guzman in July. His replacement Silvina Batakis, who assumed Guzman’s post on July 4, was then ousted a month later on Aug. 3.

He has also promised not to ask the central bank to print more money in 2022 to fund government spending, which has been an important factor in pushing up inflation.

The increase in the monetary policy rate will “accelerate the normalization process of the structure of active and passive interest rates of the economy to bring them closer to a positive terrain in real terms,” the bank said.

A positive real interest rate is one of the key points of agreement that Argentina made with the International Monetary Fund in a recent debt deal worth $45 billion.

Inflation is one of many challenges facing Argentina’s economy. The government’s socialist policies add to inflation and worsen the country’s debt situation, with almost 22 million Argentinians dependent on some form of government assistance.

People have also been calling for more relief. On Aug. 4, citizens protested outside government offices, holding signs with slogans like “social equality” and “public policies for everyone.”

On Aug. 7, socialist unions shut down the widest avenue of the capital city Buenos Aires for six hours to show support for Vice President Cristina Kirchner, a strong proponent of social benefits programs.

At present, Argentina spends around 800 million pesos (around $6 million) per day on state benefit programs. In the first quarter of 2022, the unemployment rate was 43 percent.

In an interview with The Epoch Times, Harry Lorenzo, chief financial officer of Income Based Research, blamed the spending habits of the government for the nation’s problems.

“The Argentine government has been grappling with a collapsing economy for some time now. The main reason for this is the government’s unsustainable spending, which has been funded in part by generous welfare programs,” Lorenzo said.

Autumn Spredemann contributed to the report.