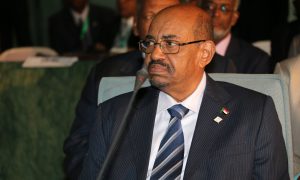 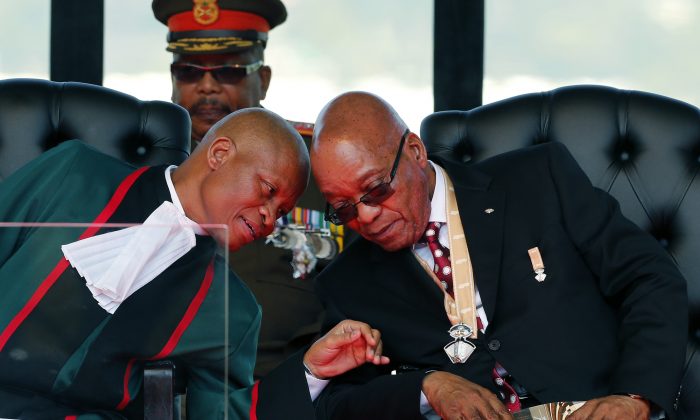 Are Judges in South Africa Under Threat or Do They Complain Too Much?

This week, South African President Jacob Zuma will sit down with its chief justice for an unprecedented, potentially watershed discussion.

It would be fascinating to be a fly on the wall to observe how the country’s two most important constitutional office-holders handle a very sensitive conversation about a very delicate topic: judicial independence.

The meeting, set for Aug. 27, was requested by Chief Justice Mogoeng Mogoeng after an extraordinary meeting of senior judges. They are concerned by what they call the “general gratuitous criticism” of the judiciary by members of the South African Cabinet.

The judges were quick to indicate that they welcomed criticism. But, they said, it should be specific and clear. Mogoeng told the media that the rule of law was the cornerstone of South Africa’s constitutional democracy and that everyone was bound by the constitution and the law. “As a nation, we ignore it at our peril,” the judges said in a statement.

As a nation, we ignore [the rule of law] at our peril.
— South African senior judges

South Africa’s Constitution empowers its Constitutional Court to overturn government law or policy when it infringes the constitution. The court did this in 2002 when it declared the president at the time, Thabo Mbeki administration’s quixotic refusal to provide lifesaving anti-retroviral drugs to AIDS patients as unreasonable.

The court said the government’s action was a breach of its duty in terms of the constitution. Tensions are probably inevitable in any constitutional democracy that gives the courts the power to overrule the executive and legislative branches of government. Unsurprisingly, freely and fairly elected governments with big majorities don’t much like being overturned by a small group of unelected judges.

So are the judges’ concerns justified or are they being unnecessarily thin-skinned?

Importance of the Rule of Law

South Africa’s economy is stuck in a rut with growth sorely undermined by an electricity crisis. Its former powerhouse mining sector is hurting badly from low global commodity prices and other structural constraints.

One thing investors choosing between emerging markets such as Brazil, Russia, Turkey, Indonesia, and South Africa pay close attention to is the quality of the rule of law. It matters for several reasons: contractual integrity; preservation of intellectual property; level-playing field market competition; and health and safety compliance—to name but a few.

An emerging market asset manager put it even more crisply to me in January, explaining his decision to move $23 million of his client’s money from Russia to South Africa: “Zuma may be a problem, but I know that unlike Putin, he’s not going to lock up any of your CEOs for some egregious or capricious reason.”

South Africa has a strong bench of capable, honest judges, at the top of a legal system that is served by a well-developed legal profession. The profession, in general, more than matches the professional excellence of its corporate leadership.

Investors, as well as many citizens and civil society pressure groups, can avail themselves of the law with confidence. They know that unlike in many parts of the world, they will get their day in court. And their case will be decided on the merits and not on the basis of the size of the bribe paid to the presiding judge.

In 2012, Zuma spoke about the need to “review the powers of the Constitutional Court.” The broader legal and constitution-watching fraternity got anxious—not least because Zuma himself has a significant vested interest.

A judicial review challenge to the decision to drop serious corruption charges against Zuma in March 2009, shortly before his election as president, is wending its way through the courts.

Gwede Mantashe, secretary-general of the ruling party ANC, has referred to the judges as ‘counter-revolutionaries.’

Also, the secretary-general of the governing ANC, Gwede Mantashe, has referred to the judges as “counterrevolutionaries.” The quixotic remark suggests he thinks the judicial branch of government has a duty to interpret the law in a certain direction. But, adjudicating without fear or favor is the fundamental pillar of judicial independence.

Things have deteriorated further during the course of a three-year-long battle that has pitted Zuma and the ANC against and the country’s public protector, advocate Thuli Madonsela.

This followed Madonsela finding that Zuma had unlawfully benefited through public expenditure on his private homestead at Nkandla. The scandal has dominated the political discourse in recent times and led to violent scenes in Parliament.

Advocate Thuli Madonsela found that President Zuma had unlawfully benefited through public expenditure on his private homestead at Nkandla.

Backed by loyal MPs, Zuma has refused to accept Madonsela’s findings. This is further evidence that Zuma and his party are increasingly disregarding the constitution. It also shows their eagerness to intimidate or insult constitutional bodies, including the judiciary.

This trend then found expression in the Judicial Service Commission (JSC), the constitutional body that appoints judges. Its membership includes several members of the ANC, who have become increasingly preoccupied with “separation of powers” in recent years.

This is a euphemism for their growing preference for nonactivist judges who will more likely defer to the executive. This is evident when questioning candidates for judicial appointment in the twice-annual public interviews conducted by the body.

Observers such as the University of Cape Town’s Democratic Governance & Rights Unit feared a “partisan takeover” of the JSC. On one occasion last year, an ANC MP and deputy minister, Fatima Chohan, asked a candidate whether his background in human rights meant that he would be biased against the government. This from a representative of the party with a once-proud record of defending human rights against the brutal assault of apartheid authoritarianism.

But the straw that broke the camel’s back as far as Mogoeng and his senior colleagues were concerned was when the government blatantly misled the court, and then disobeyed its order to arrest Sudanese President Omar Al-Bashir. The fugitive from international law for crimes against humanity was in South Africa to attend an African Union summit.

Zuma issued a proclamation granting Bashir immunity but as the court said this could not trump either the statute affirming South Africa’s ratification of the International Criminal Court (ICC) treaty nor the court’s own order that the ICC arrest warrant be executed by the South African government.

Al-Bashir: What the Law Says About South Africa’s Duties

As the government’s advocate played for time in court, Bashir was happily flying back home, rendering the judgment of the Pretoria High Court an exercise in futility and enraging the usually mild-mannered judge president of the division, Dunstan Mlambo, which led to the extraordinary meeting of the judges.

In time, the incident may be seen as the start of a descent towards authoritarianism. Or South Africa’s robust rule of law will fight back. This week’s meeting between president and chief justice represents a fork in the road.

Richard Calland is an associate professor in public law at the University of Cape Town, South Africa. This article was previously published on TheConversation.com