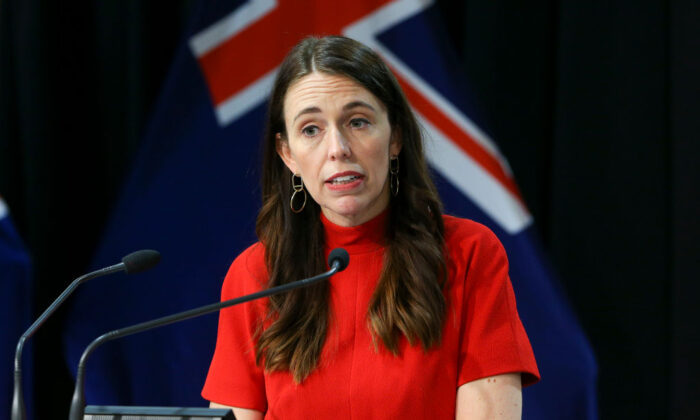 The New Zealand government has revealed its 2022 budget on May 19, with a focus on relieving cost-of-living and record health investment.

Prime Minister Jacinda Ardern said the government had set out to give people as much certainty and security as possible in the budget.

“That is what we have set out to do in Budget 2022. Deal with the immediacy of the economic and health challenges Kiwis are facing, while also looking to the challenges of tomorrow, and seeking to buffer our people from both,” Ardern told the parliament virtually while in isolation.

“And when it comes to today, there is no more universal challenge right now than the cost of living.”

It will be paid in three monthly instalments from Aug. 1 to anyone who earned up to $70,000 in the last tax year and who is not already receiving the Winter Energy Payment.

The scheme is expected to cost taxpayers $814 million.

The existing fuel excise and road user charges cuts and half-price public transport will be extended for two months until August.

“We had to be incredibly careful in developing this package to make sure it reached those who needed it most,” Ardern said. “Anything too broad could make inflation worse.”

However, it was revealed that the Treasury had recommended against proceeding with another broad-based one-off payment, warning that it would add to inflationary pressures in the short term.

“Although the risk to longer-term inflationary pressures is relatively small assuming any interventions of this nature were temporary,” Treasury officials said in the policy analysis published by Inland Revenue.

The officials noted that inflation was expected to be widespread and persist into the future.

“This makes a one-off payment a poor mechanism for supporting households with a longer-term problem,” they said.

The Opposition National’s Finance spokesman Nicola Willis pointed to the Treasury’s advice and described the one-off payment as “bandaid economics.”

“The payment also places considerable pressure on Inland Revenue, with 750 frontline staff required to administer the payment,” she said. “The public sector is already becoming bloated under Labour, and measures like this will only make it worse.”

The 2022 budget also presents the largest spending on the health system, with a total of $11.1 billion (US$7 billion) aimed at providing better services and achieving better health outcomes.

Health Minister Andrew Little said Pharmac had “assured” him it would use the funding to secure as many medicines on its own investment list as it could, with a focus on better cancer treatments.

The new national health organisation, Health NZ, replacing the “fragmented” district health board system, will receive a $1.8 billion injection in the first year, followed by another $1.3 billion in the second.

Another $1 billion has been allocated to improving Maori health, education, and economic outcomes, with over half going towards supporting Maori health services.

However, the Maori Party co-leader Rawiri Waititi criticised the budget for being “not good enough.”

“If the system was a vanilla cake, we’re seeing more chocolate sprinkles being put on it, but at the end of the day, it’s still a vanilla cake,” he told reporters.

He said the country needed monetary policy and interest rates to work together with fiscal policy and “good government spending” to control inflation, currently at 6.9 percent.

“[This] is the biggest increase in Budget spending in the history of this country,” he said.