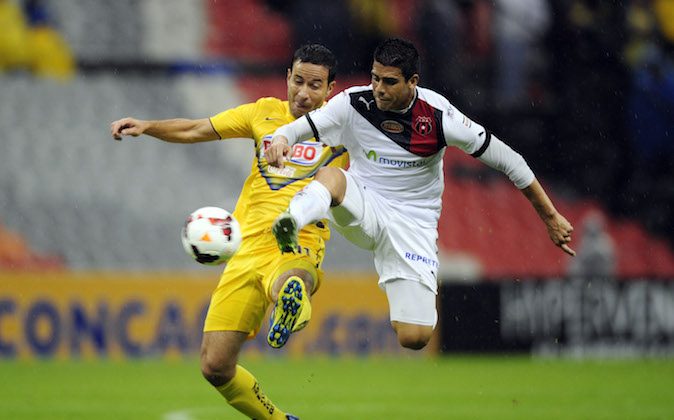 Gabriel Rey (L) of America from Mexico vies for the ball with Ariel Rodriguez (R) of Alajuelense from Costa Rica, during their Concacaf 2013 tournament, in Mexico City, on October 22, 2013. (ALFREDO ESTRELLA/AFP/Getty Images)
Soccer

The game will be broadcast on Fox Soccer Plus and Univision Deportes.

Arabe Unido’s goalkeeper Miguel Lloyd is suspended from yellow card accumulation. The hosts will also be without defensive midfielder Abdiel Macea via bookings.

Alajuelense’s Ronald Matarrita will miss after coming out of the first leg, and Juan Gabriel Guzman and Johnny Acosta are out injured.

The winner of Thursday’s tie will face either Toluca or the San Jose Earthquakes in the semifinal.

Neither side are clear favorites to win the match.