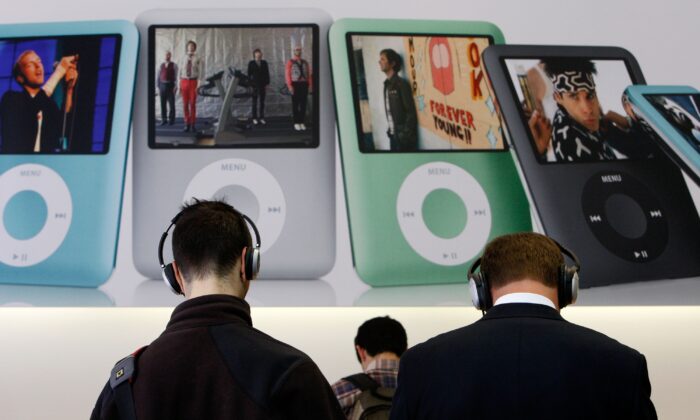 Apple’s iPod Is Coming to an End, but ‘The Music Lives On’

One of the most popular music playing devices of all-time is being discontinued. Here are the details and how you can get your hands on one of the few remaining iPods.

Technology giant Apple Inc. announced it will discontinue making the iPod, a music player that it first launched in 2001.

The discontinuation of iPods comes as the company’s iPhones are now used more and more as a music player for customers. Sales of iPods aren’t individually broken out by Apple in its quarterly results, but the last time the company reported, iPod unit sales were down 24 percent in 2014 compared to 2013.

“Music has always been part of our core at Apple and bringing it to hundreds of millions of users in the way iPod did impacted more than just the music industry—it also redefined how music is discovered, listened to, and shared,” Apple Marketing Senior Vice President Greg Joswiak said. “Today, the spirit of iPod lives on.”

Joswiak points to other Apple products that offer ways to enjoy the music experience including iPhones, Apple Watches, the HomePod mini and Mac computers.

The iPod Touch will be available while supplies last at Apple Store locations, online and from authorized resellers.

The iPod was launched in 2001 as a way to expand the product line for Apple and take it from the computer market into the music industry and personal devices. The device was one of many product launches done by Apple with co-founder Steve Jobs as CEO.

The success of the iPod led Apple to later push into the phone market with the iPhone, one of the bestselling phones every year and a huge revenue driver for Apple.

“If we didn’t do the iPod, the iPhone wouldn’t have come out,” Former Apple Senior Vice President Tony Fadell said. “The iPod brought us confidence. It brought Steve confidence that we could do something outside of the map and that we could actually continue to innovate in new areas.”

The iPod helped bring new consumers into the Apple ecosystem, a company that has strong brand loyalty and has generated almost a cult-like following.

The iPod also changed the music industry forever, with options to buy songs separately from a full album and several a-la-carte options.