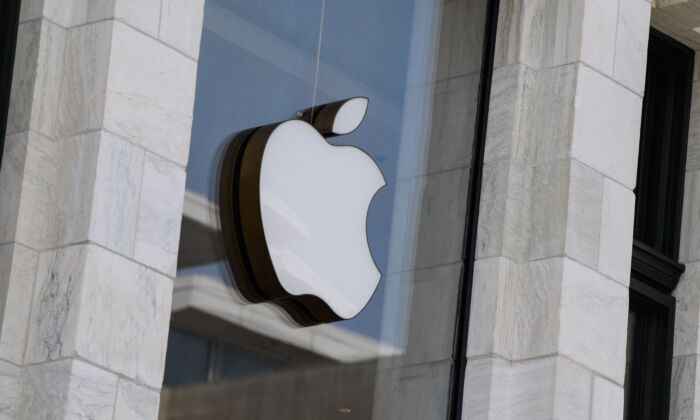 The Apple logo at the entrance of an Apple store in Washington on Sept. 14, 2021. (Nicholas Kamm/AFP via Getty Images)
Media & Big Tech

Apple Inc.’s former corporate secretary and director of corporate law, Gene Levoff, has admitted to being part of an insider trading scheme that ran for five years.

The Department of Justice said on Thursday that 48-year-old Levoff pleaded guilty before the U.S. District Judge William Martini to six counts of securities fraud.

“Gene Levoff betrayed the trust of one of the world’s largest tech companies for his own financial gain,” said U.S. attorney Vikas Khanna.

“Despite being responsible for enforcing Apple’s own ban on insider trading, Levoff used his position of trust to commit insider trading in order to line his own pockets.”

Levoff realized profits of nearly $227,000 on certain trades to avoid losses of approximately $377,000 on others.

The securities fraud counts mean Levoff faces a maximum penalty of 20 years in prison and a $5 million fine per count. His sentencing is scheduled for Nov. 10.

Levoff was the co-chair of Apple’s Disclosure Committee, which reviewed and discussed the company’s draft quarterly and yearly earnings and reviewed SEC filings, according to the Justice Department.

“Levoff mined these materials for inside information about Apple to guide his decisions to buy and sell Apple stock ahead of its earnings announcements,” the Justice Department said.

When the iPhone maker posted strong revenue and net profit for a quarter, Levoff purchased large amounts of stock, which he later sold for a profit once the market reacted to the news.

Levoff adopted an opposite strategy and sold large chunks of Apple shares to avoid losses when the company registered a lower-than-anticipated revenue and net profit.

The Justice Department alleged that Levoff executed trades during Apple’s “blackout periods,” even as he notified others of restrictions on trades during this period.