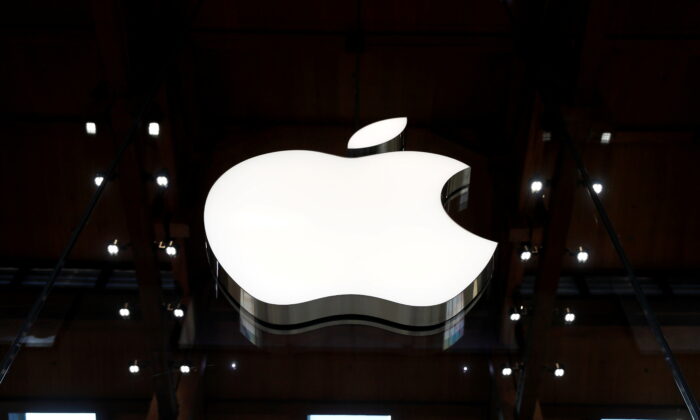 An Apple logo is pictured in an Apple store in Paris, France, on Sept. 17, 2021. (Gonzalo Fuentes/Reuters)
Companies

Apple Working on Privacy Glasses for iPhones That Will Block Others From Peeping Into Your Screen, Here’s How

Apple Inc. has filed for a new patent for a pair of glasses that will only allow the iPhone owner to view content on the phone’s display, and it will block others from clearly viewing the screen. Technology being developed would make the screen appear blurred to anyone looking at it, except the person wearing the linked eyewear.

The patent, filed by Apple at the US Patent & Trademark Office, was spotted by Patently Apple and is described as “privacy glasses.”

According to the report, a user would be able to alter the calibration graphic to intentionally blur the graphical output presented on the device’s display (iPhone).

The technology would be used in situations where a user desires privacy or doesn’t want a nearby person to view what is displayed. In that case, the user may interact with the calibration graphic to make the graphical output illegible.

It is also reported that Apple is working on Face ID profiles for users. The patent describes another system that can distinguish details of the user’s face such as the hairstyle, mustache, sunglasses, reading glasses, no glasses, beard, etc. Apple could integrate both the patents and possibly even implement them in future products.

The Face ID profile addition could be helpful for iPhone users as well as iPad or Mac users.