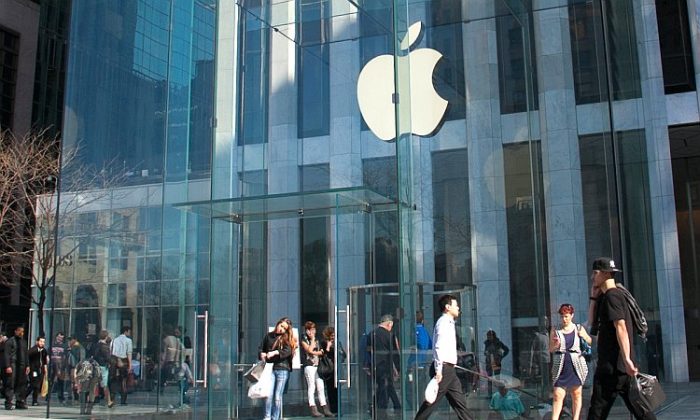 NEW YORK—Apple Inc. said on Monday via conference call that the company would use part of its enormous cash stockpile to pay regular quarterly dividends and institute a stock purchase program.

The move has been widely anticipated by analysts, given Apple’s massive—and growing—pile of cash. As of Dec. 31, 2011, Apple had around $100 billion in cash and cash equivalents on its balance sheet. Some of Apple’s largest shareholders have long argued that the company should reward its shareholders for its successes in the form of dividends.

The Cupertino, Calif.-based company said that it would pay $2.65 per share in dividends beginning in July, and buy back $10 billion in shares starting in October of fiscal year 2013. Apple chief executive Tim Cook said that the share buyback program was largely instituted to offset the dilution effects of stock options and equity grants.

“We have used some of our cash to make great investments in our business through increased research and development, acquisitions, new retail store openings, strategic prepayments, and capital expenditures in our supply chain, and building out our infrastructure,” said Cook in a statement. Cook said that the company would continue to maintain a large amount of cash on hand for strategic investments, including external acquisitions.

The dividend is a departure from the view of former CEO Steve Jobs, who had long resisted dividends in favor of investing in existing businesses and making acquisitions. But in recent years, the company’s cash pile has swelled due to the successes of the iPhone smartphone device and iPad tablet computer. Apple announced on Monday it sold 3 million new iPads over the weekend.

The last dividend payment by Apple was made in 1995, before Jobs returned as CEO of the company he co-founded. Apple is currently the world’s most valuable company based on its market capitalization of more than $550 billion.

Following the news of its dividend and stock buyback plan, and record sales of the new iPad in the first weekend following its release, Apple shares rose on Monday to end the day up 2.7 percent at $601.10 per share. Apple shares are up 48 percent since Jan. 3.