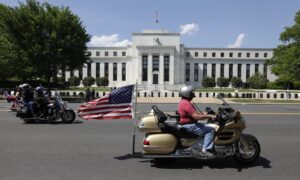 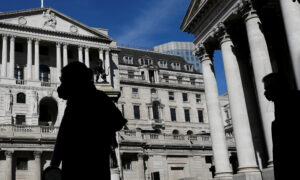 Bank of England Unveils Another Big Stimulus for UK Economy
0 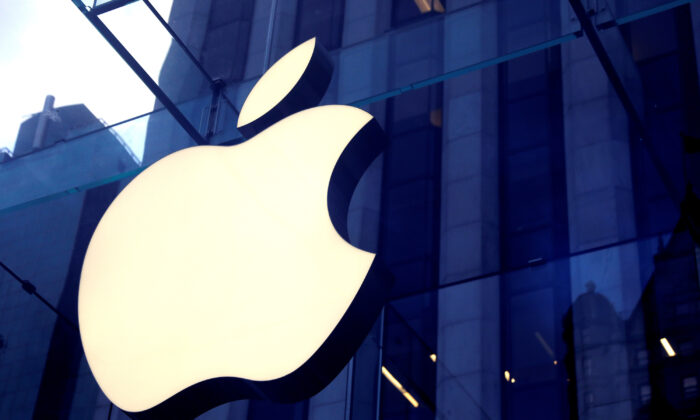 The Apple Inc. logo is seen hanging at the entrance to the Apple store on 5th Avenue in Manhattan, N.Y., on Oct. 16, 2019. (Mike Segar/Reuters)
Companies

Apple Switches to Its Own Chips for Mac Computers as It Adds Features, Privacy Controls

SAN FRANCISCO—Apple Inc on Monday said it will switch to its own chips for its Mac computers, saying the first machines will ship this year and ending a nearly 15-year reliance on Intel Corp to supply processors for its flagship laptops and desktop.

Apple Chief Executive Tim Cook said it marked the beginning of a major new era for a product line that powered the company’s rise in the 1980s and its resurgence in the late 1990s.

“Silicon is at the heart of our hardware,” Cook said during a virtual keynote address recorded at the company’s Cupertino, California headquarters for its annual developer conference. “Having a world class silicon design team is a game changer.”

The silicon switch brings the Mac into line with the company’s iPhone and iPads, which already use Apple-designed chips. Cook said that Apple expects the Mac transition to take about two years and that Apple still has some Intel-based computers in its pipeline that it will support for “many years.”

But the move will give software developers for Apple’s largest pool of third-party apps—those built for iPhones and iPads—new access to its laptops and desktop for the first time. Apple software chief Craig Federighi said that for those offerings, “most apps will just work, with no changes from the developer” on the new Macs. He also said the “vast majority” of existing apps for Intel-based machines can be modified to work in “just a few days.”

But analysts said Intel would likely to continue to supply Apple with data center chips that power services such as iCloud. In a statement, Intel said Apple remained a customer “across several areas of business” and that it was still focused on the PC market.

“We believe Intel-powered PCs—like those based on our forthcoming Tiger Lake mobile platform—provide global customers the best experience in the areas they value most, as well as the most open platform for developers, both today and into the future,” Intel said.

Ben Bajarin, an analyst with Creative Strategies, said Apple’s two-year window at moving to its own chips was likely aimed at holding on to Mac sales to corporations, where Apple has double-digit market share.

“There are just standards there (in corporate software) that run on x86” chips from Intel, he said. Apple “cannot abandon that as quickly as they want if they want to maintain the enterprise and commercial share for Mac, which is one of their major segments.”

As with previous Macs, the new Apple-chipped machines will remain able to download software from outside Apple’s official app stores, in contrast to iPhones and iPads, which for the most part can only run software from Apple’s stores.

Apple shares gained 2.7 percent to a record high, helping the Nasdaq Composite to a record close of its own.

Focus on the APP Store

Apple announced the moves at its Worldwide Developer Conference. The conference has gained new prominence since paid services sold through the App Store have become central to the company’s revenue growth as consumers have slowed the growth of iPhone upgrades. Apple takes a 15 percent to 30 percent cut of the sales developers make through the App Store, which is the only way to distribute software onto Apple’s mobile devices.

Those fees, and Apple’s strict app review process, have come under antitrust scrutiny in the United States and Europe, where regulators last week unveiled a formal probe into the company. In what appeared to be an acknowledgement of some critics, Apple said it would let users select non-Apple apps as default apps for tasks like email and web browsing on iPhones and iPads.

Apple this year added privacy protections, saying it would let users only share their approximate location with app developers and would require those developers to seek permission before sharing user data with other apps and websites. Apple also said it would require a privacy and security label, akin to a food nutrition label, to be shown to users before they download apps.