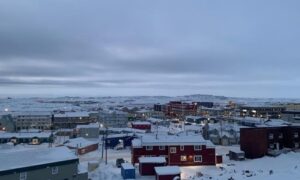 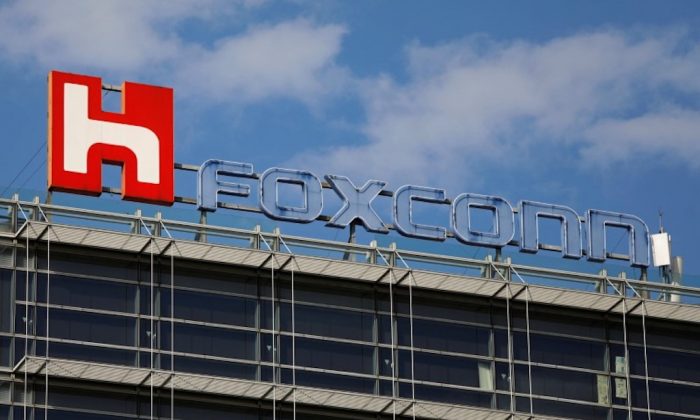 The logo of Foxconn, the trading name of Hon Hai Precision Industry, is seen on top of the company's building in Taipei, Taiwan March 30, 2018. (REUTERS/Tyrone Siu)
World

TAIPEI—Taiwan’s Foxconn, the world’s largest contract electronics maker and supplier to Apple , posted a 14.5 percent fall in first-quarter net profit on Monday, lagging estimates despite a strong quarter for the U.S. iPhone maker.

Net profit for the first three months of 2018 for the company known formally as Hon Hai Precision Industry Co reached T$24.08 billion ($809 million), it said in a filing to the Taiwan stock exchange.

That was down 14.5 percent from T$28.168 billion a year earlier, according to Reuters’ calculations. The first-quarter result was also lower than an average estimate of T$28.71 billion from nine analysts, Thomson Reuters data showed.

In May Apple reported resilient iPhone sales in the face of waning global demand, with quarterly results that topped Wall Street forecasts. Foxconn assembles electronic devices including iPhones for Apple, which is a major customer.

Foxconn CEO Terry Gou, however, has been moving towards reducing the company’s dependence on Apple by diversifying. In 2016 it acquired control of Japanese electronics and display panels maker Sharp Corp .

And in March, a unit of Foxconn announced it is buying Belkin International, a California-based maker of consumer electronics in a deal worth $866 million. Another unit, which makes cloud computing service equipment and industrial robots, filed on Monday for an IPO in Shanghai to raise capital for 5G-related projects and other uses.