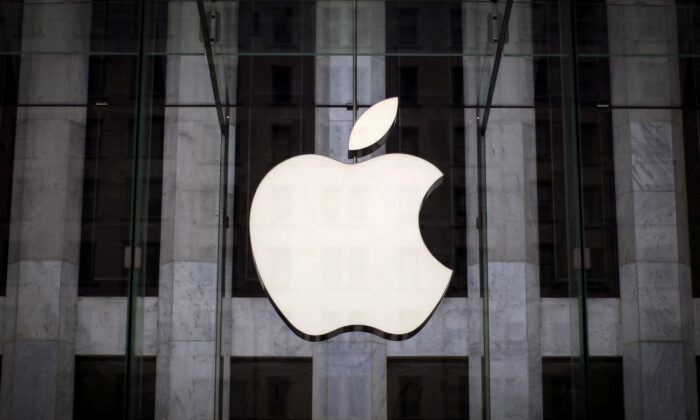 An Apple logo hangs above the entrance to the Apple store on Fifth Avenue in New York City, on July 21, 2015. (REUTERS/Mike Segar)
Companies

A group of Apple employees are not happy with the company’s three-day-a-week office policy and have launched a petition requesting more flexibility around working arrangements.

Apple informed corporate employees earlier this month that they would need to return to the office for three days a week starting the week of Monday, Sept. 5, Bloomberg reported.

Under the policy, employees would need to work on Tuesdays, Thursdays, and another regular third day that will be decided by individual teams.

The update to the Cupertino, California-headquartered tech giant’s return to office policy came following a string of delays amid the COVID-19 pandemic.

However, the news hasn’t gone down well with all of the iPhone maker employees, some of whom, operating under the name “Apple Together,” have launched a petition.

Employees are demanding that the company allow them to work directly with their immediate managers to come to an agreement regarding which flexible work arrangements “are best for each of us and for Apple.”

Workers are also asking that the work arrangements are not required to undergo higher-level approval or “complex procedures” and do not require them to hand over private information.

“For the past two-plus years, Apple’s formerly office-based employees have performed exceptional work, flexibly, both outside and inside traditional office environments,” the petition states. “However, Apple leadership recently announced they require a general return to office starting the week of Sept. 5 (Labor Day). This uniform mandate from senior leadership does not consider the unique demands of each job role nor the diversity of individuals.”

Apple Together members state that employees who are asking for more flexible arrangements have a number of “compelling reasons and circumstances” for doing so, including disabilities, family care, safety, health, and environmental concerns as well as financial considerations.

Other reasons include them just being “happier and more productive” when working from home.

“The one thing we all have in common is wanting to do the best work of our lives for a company whose official stance is to do what’s right rather than what’s easy,” the petition states.

“We believe that Apple should encourage, not prohibit, flexible work to build a more diverse and successful company where we can feel comfortable to ‘think different’ together.”

The petition has been signed by 675 people so far. According to its official website, Apple has more than 165,000 employees across the globe.

Apple Together intends to collect signatures this week before verifying them and sending them to Apple executives, according to the Financial Times.

The group of Apple employees aren’t the only ones who disagree with removing the at-home working policy; earlier in May, Apple’s head of machine learning, Ian Goodfellow, quit the company in protest of the policy.

A number of companies across the United States and much of the world, including tech giants like Facebook, Twitter, and Google, allowed employees to work from home during the COVID-19 pandemic and subsequent lockdowns.

While a string of firms have decided to keep those policies in place for now, others, like Elon Musk’s Tesla, have told workers that working from home is “no longer acceptable.”

Opponents of working from home argue that it may lead to less productivity among workers and make them harder to manage due to a lack of direct in-office supervision.

The Epoch Times has contacted an Apple spokesperson for comment.