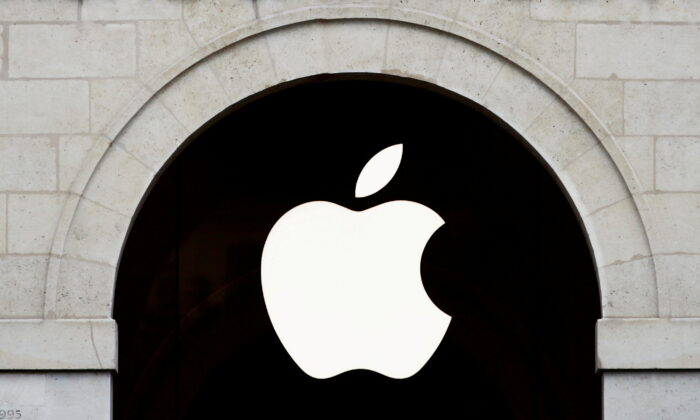 The Apple logo is seen on the Apple store at The Marche Saint Germain in Paris, France, on July 15, 2020. (Gonzalo Fuentes/Reuters)
Markets

Apple Analyst: Cupertino’s Stock Is Attractive Versus Other Mega Caps Despite Valuation

Apple, Inc. shares are rebounding after the weakness witnessed late last week on reports of weaker iPhone demand. Notwithstanding the rich valuation the shares have built up this year, they are still a buy, according to an analyst at KeyBanc Capital Markets.

Apple’s iPhone sales have not peaked, with a 5G upgrade cycle near-term potentially pushing Apple past its peak, analyst Nispel said in a note. The company isn’t overly reliant on the iPhone, as the product breadth has expanded, he added.

The analyst expects Services to grow at rates multiple times faster than user growth, ultimately driving gross margins higher through revenue mix. This, the analyst said, is despite concerns over regulations of Apple and the App Store.

“To us, it’s all about AAPL’s user base, which is among the largest in the world, where a large and growing user base and new products and services provide a solid foundation for growth,” the analyst said in the note.

While the company will likely make a healthy investment in the business, it is likely to allocate of over 100 percent of free cash flow to shareholders through about $300 billion of dividends and share repurchases over the next three years, providing attractive returns to shareholders, the analyst said.

“While AAPL is expensive by historical valuations, we find AAPL attractive relative to other mega-caps given AAPL’s superior ROIC characteristics,” the firm said.