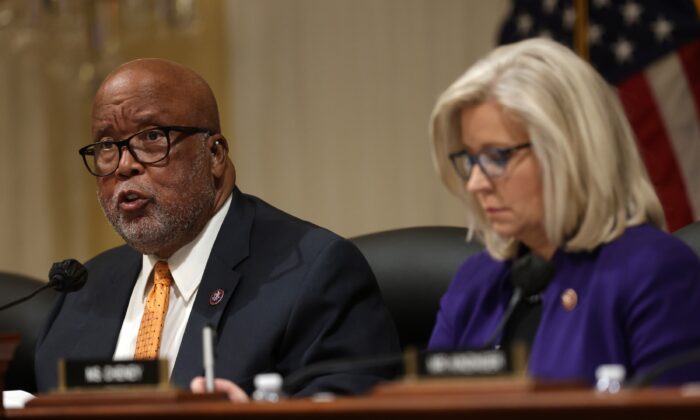 A panel of three judges for the District of Columbia Circuit Court of Appeals on Tuesday temporarily blocked the House panel investigating the Jan. 6, 2021, U.S. Capitol breach from receiving records involving the Republican National Committee’s (RNC) fundraising efforts leading up to the day of the incident.

A federal judge ruled earlier this month that a subpoena for documents and testimony that the House Jan. 6 select committee issued to an RNC mass marketing vendor, Salesforce, was legitimate.

Salesforce, a cloud-based software company headquartered in San Francisco, was used by the RNC and former President Donald Trump’s 2020 campaign, sending hundreds of emails dating as far back as Nov. 3, 2020.

But on Tuesday, the three-judge panel, all Trump appointees, granted the RNC a temporary administrative injunction prohibiting third-party vendor Salesforce from handing over the party’s fundraising records to the select committee while the court considers an emergency appeal from the RNC.

“The purpose of this administrative injunction is to give the court sufficient opportunity to consider the emergency motion for an injunction pending appeal and should not be construed in any way as a ruling on the merits of that motion,” Judges Gregory G. Katsas, Neomi Rao and Justin R. Walker, all said.

The House Jan. 6 select committee says that the subpoena is needed so that they can see whether the campaign “used Salesforce’s platform to disseminate false statements about the 2020 election in the weeks leading up to the Jan. 6 attack.”

The RNC announced in March that they are suing House Speaker Nancy Pelosi (D-Calif.) and the other members of Congress investigating the Jan. 6 breach to prevent them from obtaining confidential information about their internal activities and that of its members.

In a statement, the RNC called the subpoena “unlawful” while noting that information requested by Congress about the internal activities of the Republican Party and millions of its supporters is “completely unrelated to the attack on the Capitol.”

It also accused the subpoena of trampling on core First Amendment rights of the RNC and millions of Americans.

The national committee had asked the D.C. Circuit panel to prevent the subpoena from being enforced pending an appeal.

“Without an injunction, the RNC will have no opportunity to obtain relief on appeal, as Salesforce has indicated it will respond to the Subpoena and the Congressional Defendants claim the Court is without authority to award relief once Salesforce produces,” the RNC’s lawyers wrote in a court filing earlier this month.

However, the Select Committee responded in its own filing that it has an urgent need for the records ahead of the public hearings which could begin as early as June.

“An injunction pending appeal would deprive the Select Committee of key information relevant to its investigation, its public hearings, and its consideration of legislation,” the select committee said in its own filing.”Further delay in obtaining the materials sought by the subpoena could obscure key facts and affect Congress’ efforts to prevent January 6th from recurring in our rapidly approaching next election cycle, or in the future.”