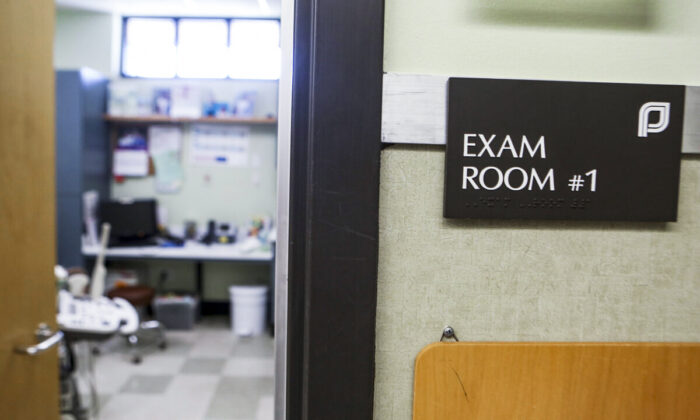 An appeals court panel opted on Sept. 10 to leave the new Texas law banning most abortions in place for the time being, marking the latest decision of its kind.

Abortion providers filed suit against the state of Texas in July over the law, arguing that Texas Senate Bill 8, which went into effect Sept. 1, is unconstitutional and should be blocked from enforcement. The measure bans the performance of abortions without an attempt to detect a fetal heartbeat and bars abortions outside of medical emergencies if such a heartbeat is detected.

But state officials aren’t allowed to enforce the measure. Instead, the unusual law allows private citizens to bring lawsuits against doctors who allegedly perform illegal abortions or others who allegedly aid or abet them.

In the lawsuit, the abortion providers named Texas judges as defendants, asking the court to not allow them to participate in the enforcement of the new law in any way. They also sued Texas Attorney General Ken Paxton and several other state officials.

Earlier attempts at stopping the law from taking effect were shot down by several courts, including the U.S. Supreme Court.

In the new ruling, three judges on the 5th Circuit Court of Appeals said the plaintiffs employed a “novel strategy” in trying to prevent Texas judges from entertaining any lawsuits brought under Senate Bill 8. They found the claims against the judges as “specious” because existing Supreme Court precedent excludes judges from the scope of the relief the plaintiffs are seeking.

“Moreover, it is well established that judges acting in their adjudicatory capacity are not proper Section 1983 defendants in a challenge to the constitutionality of state law,” the ruling reads.

“When acting in their adjudicatory capacity, judges are disinterested neutrals who lack a personal interest in the outcome of the controversy. It is absurd to contend, as Plaintiffs do, that the way to challenge an unfavorable state law is to sue state court judges, who are bound to follow not only state law but the U.S. Constitution and federal law.”

They also said none of the state defendants, such as Paxton, has an “enforcement connection” with the new law, since it expressly forbids them from enforcing it.

The sole private defendant, Mark Dickson, described by plaintiffs as being “deputized to bring S.B. 8 enforcement actions under color of state law,” was also granted his motion to stay a lower court order, as the judges found his appeal was linked to the other defendants regarding jurisdictional issues.

The panel concluded that there are serious questions regarding the constitutionality of the Texas law at issue. However, citing the Supreme Court’s recent ruling against a preliminary injunction in the case, the panel stated that a federal court shouldn’t proceed yet without the jurisdiction matters being decided, as doing so would “threaten to grant unelected judges a general authority to conduct oversight of decisions of the elected branches of Government.”

“In light of that nonnegotiable principle, we cannot allow proceedings to go forward while our court considers whether the federal judiciary has any power to entertain this novel lawsuit to begin with,” they wrote.

The ruling, which expedited the case to the full appeals court, leaves the law in place until the court considers the arguments from both sides.

Whole Woman’s Health, an abortion clinic and the lead plaintiff, didn’t immediately respond to a request for comment, nor did the American Civil Liberties Union of Texas, which filed the suit, or a lawyer for Dickson.