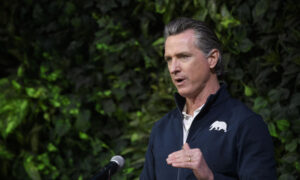 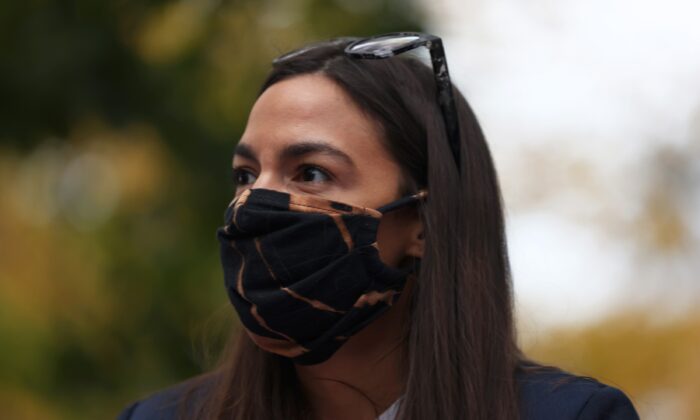 Rep. Alexandria Ocasio-Cortez (D-N.Y.) and other Democrats this week expressed frustration with the Biden administration after it reopened a child migrant facility that was erected under the previous administration.

“This is not okay, never has been okay, never will be okay—no matter the administration or party,” the second-term congresswoman wrote in a tweet.

She added that “our fraught, unjust immigration system will not transform” after only two months into the Biden administration.

A Democratic socialist, Ocasio-Cortez is widely seen as the top lawmaker in the Democrats’ radical wing.

Rep. Ilhan Omar (D-Minn.) also criticized the move, writing in a social media post that “multiple administrations have made the callous choice to lock up thousands of children seeking refuge in the United States of America.”

“As long as we see people seeking a better life as ‘aliens’ instead of fellow human beings, our immigration system will continue to fail us,” she added.

Immigrants are officially referred to as aliens by the federal government.

Rep. Rashida Tlaib (D-Mich.) chimed in on Wednesday, writing in a tweet: “The human rights of migrants and migrant children is not a partisan issue. The fact is this is shameful. @POTUS must reverse course.”

The facility in question is located in Carrizo Springs, Texas. It was built during the Trump administration and used briefly in 2019. Before reopening on Monday, it hadn’t held migrants for nearly two years.

The Department of Health and Human Services said the facility has capacity for approximately 700 children, but could accommodate more if additional structures were added.

White House press secretary Jen Psaki on Tuesday defended the reopening after a reporter noted Biden’s harsh criticism while President Donald Trump was in office of how child migrants, or unaccompanied minors, were being held in “cages.”

“We are in a circumstance where we are not going to expel unaccompanied minors at the border. That would be inhumane. That is not what we are going to do here, as an administration. We need to find places that are safe under COVID protocols for kids to be, where they can have access to education, health, and mental services consistent with their best interest. Our goal is for them to then be transferred to families or sponsors,” she told reporters in Washington.

Republicans also took issue with the reopening, primarily because of Democrats’ past rhetoric.

“Back in 2019, [Vice President] Kamala Harris referred to holding children at the border as a ‘human rights abuse.’ Now that she and President Biden are in charge, a facility just REOPENED under their watch,” Rep. Vicky Hartzler (R-Mo.) wrote on Twitter. “What changed?”