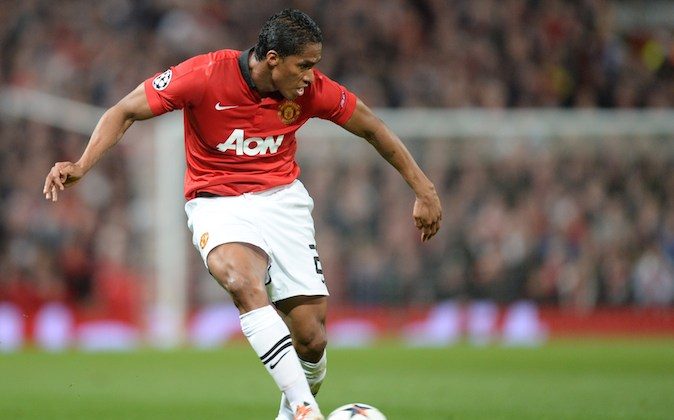 According to Metro, Liverpool manager Brendan Rodgers is looking for more options down the right-flank, and the 28-year-old Ecuador international is just the man for the job.

Valencia has only one year left on his contract, so Liverpool could sign the player for as little as £8 million ($13.6 million).

However, should Valencia put in some good performances in the World Cup — the winger is part of Ecuador’s international squad in Brazil — his value could very well go up.

Here is an Associated Press report on Ecuador.

CURITIBA, Brazil (AP) — Ecuador coach Reinaldo Rueda is unlikely to meddle with his starting lineup for Friday’s crucial Group E game against Honduras, saying his team is ready to bounce back from a last-minute loss to Switzerland in its World Cup opener.

“I think that we must not change anything,” he said, reflecting on the 2-1 loss to the No. 6-ranked Swiss. “I believe Ecuador played a good game against Switzerland. The situation that we lost in the last seconds does not take away from that reality.”

With just seconds left in stoppage time, Switzerland substitute Haris Seferovic finished off an end-to-end move by slamming home a close-range shot. While the Swiss players celebrated a come-from-behind win, Ecuador’s players were clearly shell-shocked and barely had time to restart before the final whistle was blown.

Rueda conceded that the manner of the defeat had “affected the group, its state of mind” but that they were ready for Honduras, a team he coached in the 2010 World Cup.

“That’s the way this profession and these very short tournaments go, knowing that in 72 hours they have to recover,” Rueda said.

Friday’s game at what looks set to be a chilly Arena da Baixada in the southern Brazilian city of Curitiba is curious in that Rueda has previously coached the Honduras team and his counterpart, Luis Fernando Suarez, is a former coach of Ecuador. The two men are both Colombian and good friends.

The game takes place after France and Switzerland play in Salvador, where a draw would put extra pressure on Ecuador and Honduras — knowing a defeat in the latter match would end any hopes they may have of qualifying for the knockout stages.

Like Honduras, this is Ecuador’s third appearance in the World Cup finals. Unlike Honduras, which has not won a match and never advanced out of the group stage, Ecuador’s best performance was in the 2006 World Cup in Germany when it lost in the second round to England.

Rueda acknowledged the shadow that Ecuador’s 2006 team, which was coached by Suarez, has over the national consciousness.

However, Rueda said there were differences between the two squads, notably that the 2006 edition had more World Cup experience after qualifying previously for the 2002 tournament.