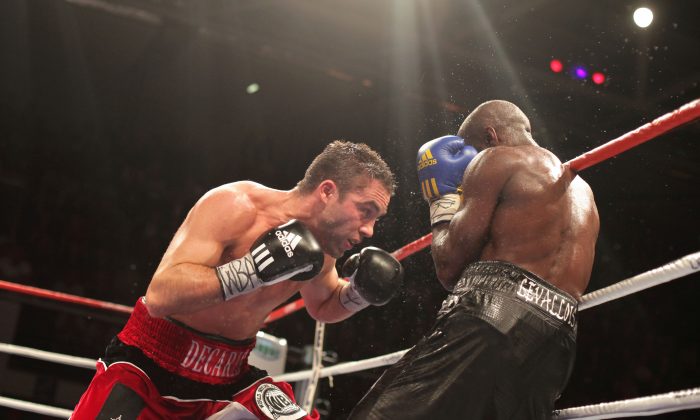 The Pablo Munguia vs. Antonin Decarie boxing match is set for Friday, March 28.

The fight will take place at the Lac Leamy Casino in Gatineau, Ontario, Canada.

The fight will be streamed live on pay per view.

It’s accessible on television via DIRECTV, iN Demand, DISH, and Avail-TVN.

Online, people can watch on pay per view via PunchingGrace.com.

Decarie is ranked No. 9 by the World Boxing Council.

Manguia has won three straight, including a 10-round decision over previously unbeaten Canadian-based Samuel Vargas (15-0-1) last December in Mexico.