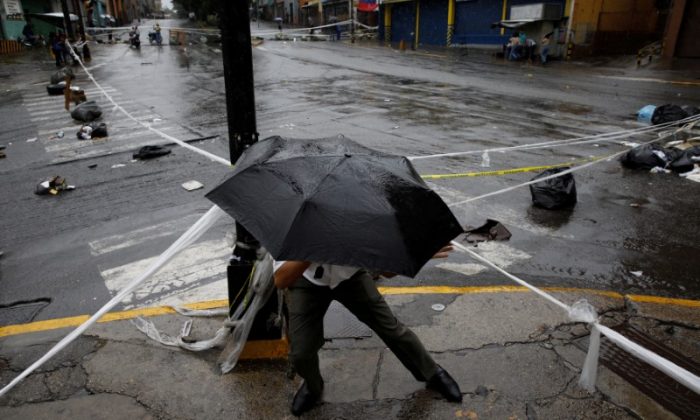 A pedestrian walks through a barricade during a rally against Venezuelan President Nicolas Maduro's government in Caracas, Venezuela, July 19, 2017. (Reuters/Carlos Garcia Rawlins)
Americas

CARACAS—Streets around Venezuela were deserted and barricaded on Thursday for a strike called by foes of President Nicolas Maduro to demand a presidential election and the abandonment of a new congress they fear would cement dictatorship.

Many businesses were also staying shut as the opposition sought a 24-hour national shutdown from 6 a.m. to heighten pressure on the ruling Socialist Party.

“It’s started well. There’s no movement, everything is closed, we all need to do our best to get rid of this tyrant,” said protester Miguel Lopez, 17, holding a shield with “No To Dictatorship!” emblazoned on it, as he manned a roadblock in Caracas in a main thoroughfare devoid of traffic.