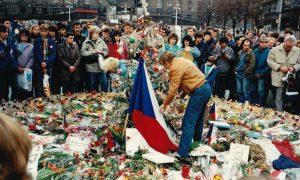 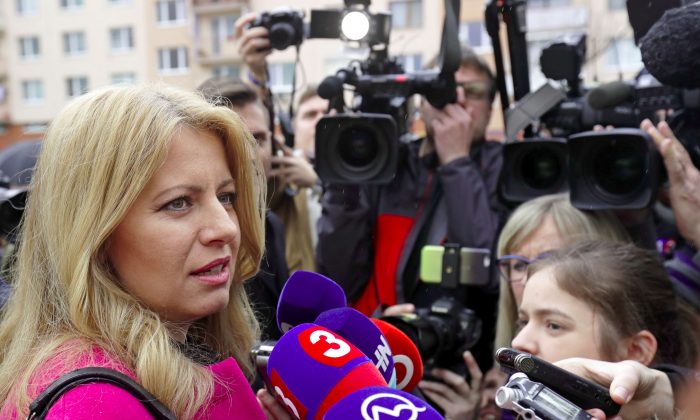 BRATISLAVA—Zuzana Caputova, an anti-corruption campaigner with no experience in public office, won the first round of Slovakia’s presidential election on March 16, setting up a tough clash with the ruling Smer party’s candidate.

Although voters appeared to spurn Smer a year after the murder of a journalist which sparked mass protests, the party’s Maros Sefcovic, an EU Commissioner, could pick up support among those who prefer stability to the change offered by Caputova.

The government remains in power, but Smer’s popularity has slumped. On the first anniversary of Kuciak’s murder, thousands of Slovaks rallied to protest against what they see as a lack of government action on the corruption he uncovered.

With results from 99.4 percent of polling stations counted, Caputova was in pole position with 40.5 percent of votes, far ahead of Sefcovic, who had 18.7 percent.

As no candidate secured a majority of all votes cast in the European Union and NATO member country of 5.4 million, the pair will now contest a second round on March 30.

Endorsed by outgoing President Andrej Kiska, who did not seek reelection, Caputova has promised to end what she calls the capture of the state “by people pulling strings from behind,” while maintaining the course of Slovakia’s foreign policy.

“I see the message from voters as a strong call for change,” Caputova told reporters early March 17 after her victory in the first round was clear.

Slovakia’s president does not wield day-to-day power but has veto power over the appointments of senior prosecutors and judges, pivotal in the fight against corruption.

The murder of Kuciak and his fiancee, who was shot dead alongside him, is still under investigation. The biggest breakthrough to date came just two days before the vote when special prosecutors said they had charged businessman Marian Kocner, a subject of Kuciak’s reporting with connections across the political scene including with Smer, with ordering the murder.

“Caputova has a history of fighting for the common people as a public-interest lawyer and brings much-needed non-confrontational style and liberal values to the public debate,” Ivan Musak, 52, told Reuters at a polling station in Bratislava.

But her pro-choice views and support for LGBT rights might alienate voters in the socially conservative country, analysts said.

“Sefcovic, painting himself as a Christian, experienced candidate with contacts abroad, has already launched the campaign for the second round with combative statements towards Caputova,” sociologist Sona Gyarfasova said, adding he would seek to mobilize those who did not vote in the first round.

Supreme court judge and former justice minister Stefan Harabin, who promised to fight immigration, came third with 14.4 percent of votes, while the leader of a parliamentary right-wing party, Marian Kotleba, was fourth with 10.6 percent.

Both have labeled Caputova as extreme-left and too liberal.