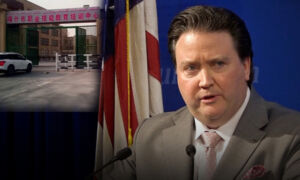 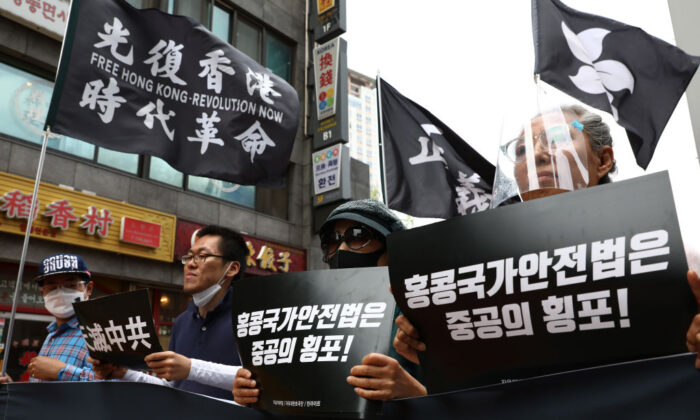 While global anti-Chinese Communist Party (CCP) sentiment is rising, Korean people’s negative perceptions of the CCP have also reached a new high and have been reflected in Korea’s local by-elections this year. This has brought serious challenges to the current president Moon Jae-in’s party in winning next year’s general election in March. The pre-election activities will begin in July.

In several South Korean by-elections held in April for vacancies of numerous public offices due to deaths and ousters, the anti-CCP opposition party, People Power Party, won landslide victories. The pro-CCP ruling party led by Moon lost in one city after another, putting Moon’s ruling camp in crisis.

A week before the by-elections, Bae Jun-young, spokesman for the People’s Power Party, publicly criticized the Moon administration for being pro-CCP, saying that Moon’s inauguration ceremony proposed equal opportunities, a fair process, and a fair outcome, which sounds the same as a statement made by the CCP’s official media People’s Daily in 2015.

He also criticized the Moon government for insisting that the highly concentrated haze that often occurs in Korea was not from China, and said, “The people want to ask the Moon Jae-in regime, ‘Is China a partner or a boss?’”

In mid-June, the Korean weekly current affairs magazine “Sisa IN” and the pollster Hankook Research conducted an online survey on why and how much Koreans dislike China.

The percentage of those who think negatively about China is 75.9 percent, surpassing previous negative poll responses toward Japan at 71.9 percent.

Japan had been Koreans’ most disliked country due to the history of Japan’s occupation of Korea in the early 1900s. However, this year’s survey results show a different story.

The survey report states, “The anti-Chinese sentiment of Koreans was a boiling furnace. There was no difference between liberals and conservatives, and there were no economic gaps. There were actually responses that said they hated China more than Japan and North Korea.”

The survey report also quotes Lee Dong-han, Deputy Director of the Public Opinion Headquarters of Hankook Research, as saying, “This is the first time since the deployment of THAAD (Terminal High Altitude Area Defense System) that favorable sentiment toward China has been lower than that of Japan and North Korea.”

As for why Koreans dislike China, the survey provided 26 reasons for the respondents to choose from. The most often chosen reason is the haze problem (89.4 percent), followed by the occurrence of the CCP virus pandemic (87.3 percent), the CCP’s response to the pandemic (86.9 percent), economic problems such as illegal fishing by Chinese boats (84.3 percent), and THAAD retaliation (78.9 percent).

The survey results show that Korean people’s anti-China sentiment is mainly due to the harms inflicted by the CCP.

In 2016, when South Korea accepted U.S. assistance in deploying the THAAD in the country to defend against North Korea’s nuclear provocations, it started to suffer sanctions and retaliation from the CCP, leading to a rapid cooling of relations.

Since the same year, the annual haze pollution from China has also aggravated the anti-China sentiment in Korea. After Moon entered office, Korean citizens have often asked the government to solve the problem of the polluting haze from China.

At the end of 2019, the CCP virus, which started in China, began to spread. The Chinese government concealed the truth, causing the virus to spread to other parts of the world, including Korea, which greatly increased the anti-China sentiment in Korea.

In October last year, the world-famous Korean boy band BTS received backlash from Chinese fans for receiving the James A. Van Fleet Award from the U.S.-based non-profit Korea Society, for contributions to the promotion of U.S.-Korea relations.

BTS’s leader Kim Nam-joon said in his acceptance speech, “This year’s Korea Society 2020 Annual Gala is especially meaningful as this year marks the 70th Anniversary of the Korean War. We will always remember the history of pain that our two nations [U.S. and South Korea] shared together, and the sacrifices of countless men and women …”

His remarks were criticized by Chinese netizens as “insulting to the Chinese soldiers who died in the war.” At the same time, the CCP’s official media Global Times also took the opportunity to fan the flames, causing BTS-related products in China to be taken down.

Since this year, there have been many more anti-CCP incidents. The incidents include: suzerainty battles over Korean traditional hanbok dress, kimchi, and ginseng soup; the boycott of the CCP’s infiltration and the suspension of Chinese-style TV dramas; the petition against the construction of a Chinatown in Gangwon Province; the opposition to the amendment of the Nationality Act, which makes it easy for Chinese children to become Korean citizens; and other incidents. All of these show that anti-CCP sentiment in Korea has intensified.