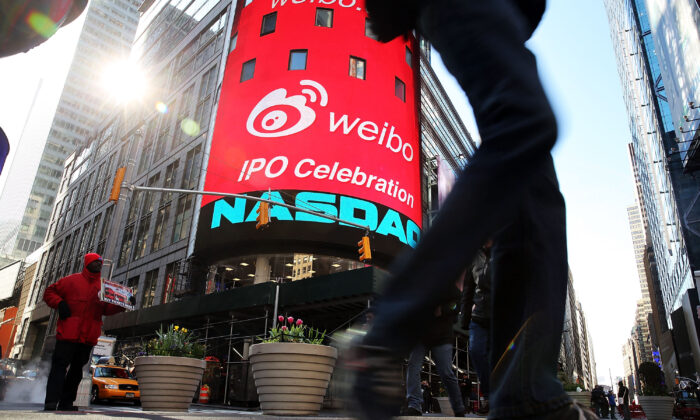 A Chinese blogger known for his pro-Chinese Communist Party (CCP) and anti-America rhetoric was banned on Chinese social media on Aug. 20.

Sima Nan, whose real name is Yu Li, rose to fame for criticizing the United States. His outrageous rhetoric has won him the online title “anti-American warrior” and over 30 million followers on Weibo, Douyin (China’s version of TikTok), Toutiao, and other online platforms.

The ban came after he admitted recently that he has “a small house” in the United States. The online platforms note that Sima has “violated relevant law and rules,” but haven’t provided details as to what rule or law he has violated.

Sima has advocated anti-U.S. sentiment, while allegedly settling his family in the United States, making him a controversial figure and triggering much debate among Chinese netizens.

Property in the US Triggers Online Backlash

Sima admitted on his Weibo account that he bought “a small house” in 2012 for $257,000, according to a report on Chinese news portal Sohu.

“I feel deeply regretful that I have committed a serious and unforgivable crime and failed the expectations of my online followers,” he wrote in a post on Aug. 14.

His admission triggered a backlash among netizens.

A netizen named Ma Yanming wrote in his post: “How well Sima Nan performs! Does he feel guilty when he performs?”

Laoyao Brothers replied: “What goes around comes around.”

Some netizens questioned how Sima managed to get so much money out of China, given that the Chinese regime caps personal foreign exchange transactions at $50,000.

One netizen calculated that $257,000 equals the total yearly incomes of 137 ordinary Chinese citizens in 2012, blasting Sima for making money by criticizing the United States, according to the Chinese language edition of Radio France Internationale (RFI).

No Stranger to Controversy

Sima Nan’s anti-American screeds made him wealthy. But he had met with controversy before, most notably in 2012, when a mishap during a trip to the United States earned him ridicule.

On Jan. 20, 2012, shortly before the Chinese New Year, Sima wrote a post on his Weibo account, claiming that the United States is “the enemy of the people all over the world” because it “exploits all the countries around the world” and is “like a giant tumor.” Then he boarded a plane to Washington.

At Dulles International Airport, Sima’s head was pinched between the handrail of an escalator and a section of wall, and he was taken to a hospital. A photo of Sima in a neck brace on a stretcher went viral on Chinese social media. Netizens satirically gave him the nickname “Sima Pinched Head.” “Pinched head” is a derogatory term in Chinese, meaning “a moron.”

At the time, Radio Free Asia (RFA) quoted netizen You Jingyou as saying that Sima had a “serious Multiple Personality Disorder.”

Shanghai netizen Gulichunsheng said in a post that Sima is a “hypocrite, a two-faced person,” publicly promoting Russia and North Korea, but appreciating life in the United States.

Another netizen, Wandering in Bangkok, wrote: “Opposing Uncle Sam is work, and living in the U.S. is life,” mocking Sima by quoting Nan’s own words.

An article by a netizen named Jianghuxiaowu, on Chinese news portal Sohu, said that Sima’s anti-American and patriotic rhetoric is all about clout chasing and accumulating personal wealth. Sima’s value—based on his online traffic before he was censored—was assessed by some sources to be worth $29 million.

“Patriotism is a business for Sima, who would blindly accommodate his fans and stir up the emotions of netizens,” reported Think China, an English language e-magazine by Singapore-based, pro-Beijing newspaper Lianhe Zaobao on Aug. 22.

“There must be nationalism, but it cannot be too extreme,” said Chen, “During Pelosi’s visit to Taiwan, some Chinese citizens protested outside the Xiamen Municipal Government, smashing eggs and holding banners. If this sentiment continues to ferment, it will definitely affect the ruling of the Chinese Communist Party. ”

“Sima Nan and Kong Qingdong are the red lines of official nationalism, and their mission as a tool is over,” Chen told RFA.