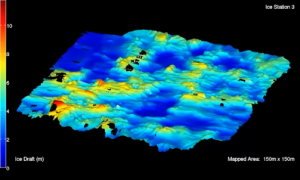 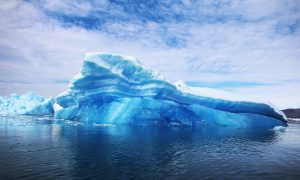 When an Antarctic Iceberg the Size of a Country Breaks Away, What Happens Next?
0 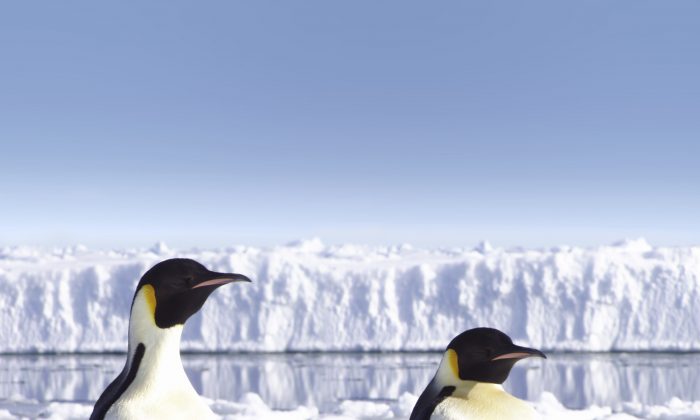 Antarctic Ice Sheets Might Last Longer Than We Thought

As surface temperatures rise, ice sheets are melting at record rates and sea levels are rising—but perhaps not as quickly as predicted.

To predict sea level changes, scientists look to Earth’s distant past, when climate conditions were similar to today, and investigate how the planet’s ice sheets responded then to warmer temperatures brought on by increased carbon dioxide in the atmosphere.

In a recently published study in the journal Geology, Ph.D. students Matthew Winnick and Jeremy Caves at Stanford School of Earth, Energy, and Environmental Sciences explored these very old conditions and found that sea level might not have risen as much as previously thought—and thus may not rise as fast as predicted now.

To better understand global sea level rise, Winnick and Caves analyzed the middle Pliocene warm period, the last time in Earth’s history, approximately 3 million years ago, when carbon dioxide levels in the atmosphere were close to their present values (350-450 parts per million).

“The Pliocene is an important analogue for today’s planet not only because of the related greenhouse gas concentrations, but because the continents were roughly where they are today, meaning ocean and climate circulation patterns are comparable,” explains Winnick.

These similarities are why the Intergovernmental Panel on Climate Change (IPCC), the group responsible for global sea level rise projections, focuses on the mid-Pliocene warm period to inform their computer models.

Cover NYC Under 50 Feet of Water?

Previous studies of the mid-Pliocene warm period used oxygen isotope records to determine the volume of Earth’s ice sheets and, by proxy, sea level. Effectively, the oxygen isotope records act as a fingerprint of Earth’s ice sheets. By combining the fingerprint with models of ice sheet meltwater, many previous researchers thought that sea level was likely 82 feet to 98 feet (25 meters to 30 meters) higher during the Pliocene.

But these estimates arose because the researchers assumed that the Antarctic ice of the Pliocene had the same isotopic composition, that is, the same fingerprint, as it does today—an assumption that Winnick and Caves challenge in their new report.

To understand the isotopic composition of Pliocene ice, Winnick and Caves began in the present day using well-established relationships between temperature and the geochemical fingerprint. By combining this modern relationship with estimates of ancient Pliocene surface temperatures, they were able to better refine the fingerprint of the Antarctic ice millions of years ago.

In rethinking this critical assumption, and by extending their analysis to incorporate ice sheet models, Winnick and Caves recalculated the global sea level of the Pliocene and found that it was 30 to 44 feet (9 to 13.5 meters) higher, significantly lower than the previous estimate.

“Our results are tentatively good news,” Winnick says. “They suggest that global sea level is less sensitive to high atmospheric carbon dioxide concentrations than previously thought. In particular, we argue that this is due to the stability of the East Antarctic Ice Sheet, which might be more resilient than previous studies have suggested.”

However, a rise in global sea level by up to 44 feet (13.5 meters) is still enough to inundate Miami, New Orleans, and New York City, and threaten large portions of San Francisco, Winnick cautions.

While the study helps refine our understanding of Pliocene sea level, both Winnick and Caves point out that it’s not straightforward to apply these results to today’s planet.

“Ice sheets typically take centuries to millennia to respond to increased carbon dioxide, so it’s more difficult to say what will happen on shorter time scales, like the next few decades,” Winnick adds.

“Add that to the fact that CO2 levels were relatively consistent in the Pliocene, and we’re increasing them much more rapidly today, and it really highlights the importance of understanding how sea level responds to rising temperatures. Estimates of Pliocene sea level might provide a powerful tool for testing the ability of our ice sheet models to predict future changes in sea level.”