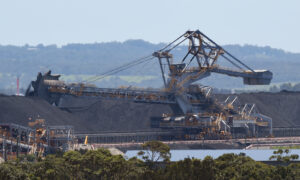 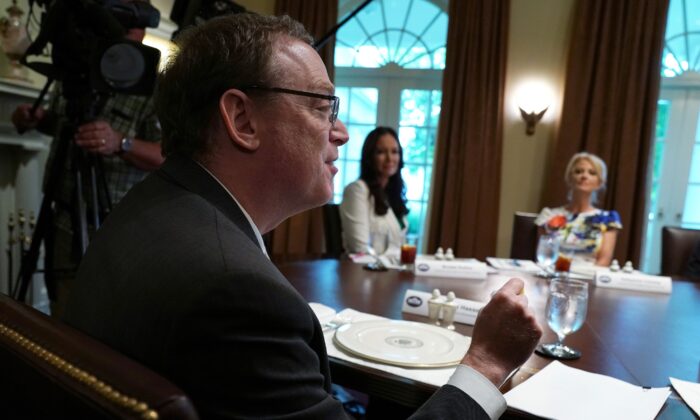 Chairman of White House Council of Economic Advisers Kevin Hassett speaks during an event at the White House in Washington on June 13, 2019. (Alex Wong/Getty Images)
AMERICA

Senior White House economic adviser Kevin Hassett said another round of stimulus payments is likely, adding that there will need to be relief to lift the U.S. economy as it grapples with high unemployment numbers.

The direct payments that were sent to tens of millions of Americans starting in April, which was included in March’s CARES Act, were “enormously successful,” he said in a Sunday interview.

“I think it’s coming sooner rather than later,” Hassett had told CNN on May 22 in response to a timeline for more stimulus checks being distributed, adding that it is “pretty likely.”

But he offered a caveat in the Sunday interview, saying that the U.S. economy is starting to improve as states loosen restrictions on businesses.

“We are getting back to normal, but there for sure—if you saw the initial claims, there’s still a lot of pain out there,” Hassett said. “You’re looking at about 40 million unemployed folks, so, yeah, I think that there’s definitely cause for doing something else.”

His comments on direct payments of up to $1,200 reflect a growing sentiment among Republicans and the White House that a stimulus package is likely inevitable. However, it isn’t clear what will be included in the coming stimulus package, as top GOP members in Congress disagree with Democrats on provisions such as expanded unemployment insurance, vote-by-mail, or how much should be sent to state and local governments.

Earlier this month, House Democrats passed the HEROES Act, which would provide $1,200 for eligible Americans and children. Republicans said the measure is dead in the water, arguing it contains too many unneeded provisions.