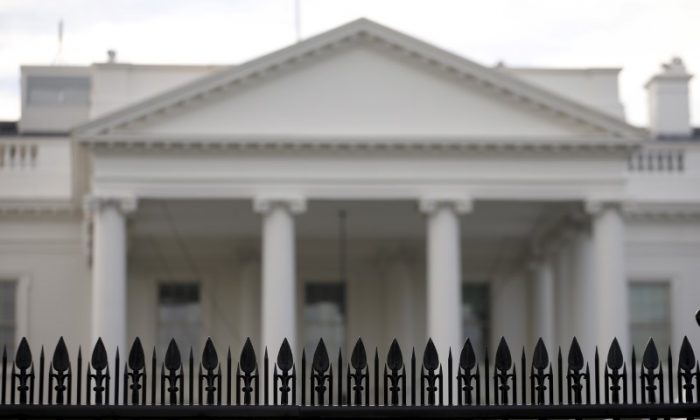 Security fencing at the White House in Washington, Nov. 27, 2015. A man who jumped the White House fence on Thursday, triggering a lockdown of the presidential mansion, was quickly caught and now faces criminal charges, the U.S. Secret Service said. (REUTERS/Carlos Barria)
US

WASHINGTON—A person jumped over a bike rack in a buffer zone in front of the White House on Saturday while President Trump was in Florida, but was not able to make it over the fence into the grounds, White House spokesman Sean Spicer said on Twitter.

CNN reported that two Secret Service agents tackled the individual. The area is the start of a buffer zone between the main White House fence and the sidewalks.

The Secret Service was earlier criticized after it said a man who scaled the White House fence last week was on the property’s grounds for 16 minutes before being detained.

Separately, the Secret Service said on Friday a laptop was stolen from an agent’s car in New York City but that such agency-issued computers contain multiple layers of security and are not permitted to contain classified information.

The Secret Service did not immediately respond to a request for comment on Saturday’s incident.