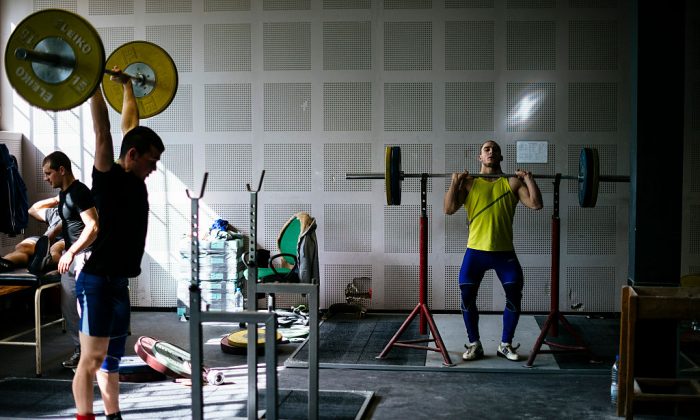 SOFIA—Bulgaria’s former world championship silver medalist Damyan Damyanov died on Sunday at the age of 39, becoming the latest member of a once-mighty Bulgarian weightlifting team to pass away at a young age.

Former European weightlifting champion Velichko Cholakov, who served a four-year ban for doping, died at the age of 35 last year and the 2004 Olympic champion Milen Dobrev died at the same age three years ago.

Three-times weightlifting world champion Mihail Petrov passed away at the age of 28 in 1992.

A hospital official in the northeastern town of Shumen confirmed Damyanov’s death and said the cause would only be known after an autopsy. Local media, however, reported suspicions about serious liver and pancreatic disease.

Damyanov, who won a number of medals at European and world championships as well as junior titles, was given a life ban by the international weightlifting body (IWF) over doping offences in 2004.

Bulgaria has long been a world powerhouse in weightlifting, winning 12 Olympic titles and 36 medals in total between 1972 and 2004, making it one of the most successful Olympic sports in the country. Its athletes have also won 79 gold medals at world championships as well as 167 European titles.

Bulgarian weightlifting, however, has suffered repeated embarrassment in recent years due to doping cases and the national federation was temporarily stripped of its license in 2009.

In 2008, the country had withdrawn its team for the Olympics in Beijing because of 11 failed doping checks.

Bulgaria’s reputation was also tarnished at the 2000 Olympics in Sydney, where the team were stripped of three gold medals and sent home in shame following positive drug tests.