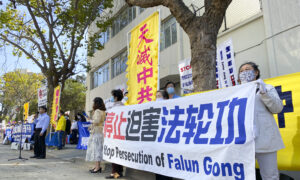 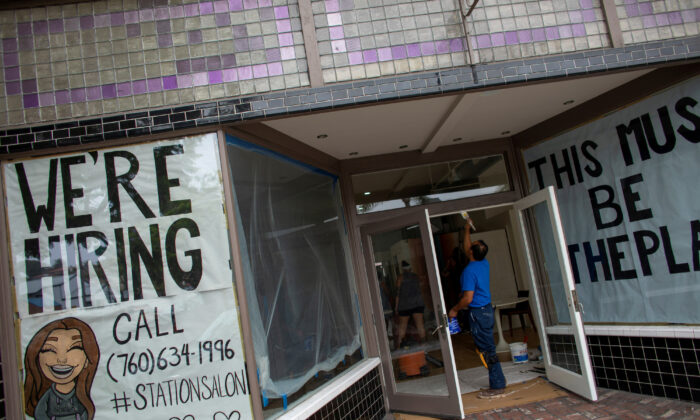 US Jobless Claims Increase to 742,000 as Virus Cases Surge

The number of American workers seeking unemployment benefits last week jumped to 742,000, the first increase in five weeks and a sign that the resurgent viral outbreak may be forcing more businesses to cut jobs.

The Labor Department said in a Nov. 19 report (pdf) that the number of people who filed for state unemployment benefits last week grew by 31,000 from the previous week’s revised level of 711,000.

New daily CCP (Chinese Communist Party) virus infections have surged to their highest levels yet in the United States, with the virus blamed for more than 246,000 deaths and more than 11 million confirmed cases.

Weekly jobless claims hit a record 6.9 million in March, at the peak of lockdowns imposed to curb the spread of the virus that causes the disease COVID-19. While the number of people seeking unemployment benefits fell dramatically in the month or two that followed, the pace of recovery has slowed steadily since then, with weekly jobless filings stuck above 700,000 for months. Prior to the pandemic, they had hovered at around 225,000 per week.

Bankrate.com senior economic analyst Mark Hamrick said in a statement to The Epoch Times, “35 weeks, essentially eight months, since the downturn began, the pandemic is raging on and with it, the combined toll on health, lives, and the economy.”

The fragile economic recovery appears at greater risk, with uncertainty around a contested election, dim prospects of a stimulus package in the near-term, and new virus-related restrictions all likely to weigh on consumer confidence and spending.

“After a strong recovery after the steep downturn of March and April, the economy faces heightened risk as we wait for delivery of reportedly effective vaccines,” Hamrick said.

To date, two COVID-19 vaccines have been reported to be more than 90 percent effective, one from Moderna, the other from Pfizer, with both companies applying for emergency use authorization that could make them available within weeks.

There is evidence that consumer confidence is softening, with a University of Michigan survey showing a 5.9-percent drop in consumer sentiment from October to November, and a 10-percent decline in future expectations.

“The outcome of the presidential election, as well as the resurgence in COVID infections and deaths, were responsible for the early November decline,” wrote Richard Curtin,  chief economist of the University of Michigan’s Surveys of Consumers.

Curtin added that post-election interviews showed a “substantial negative shift” in future expectations among Republicans and no gain among Democrats.

Chiefly Democratic-led states and cities across the United States are ratcheting up restrictions amid the resurgence of the virus, while Republican leaders are, for the most part, taking incremental steps while continuing to emphasize personal responsibility over government mandates.

At least 15 states have tightened curbs on businesses to try to slow infections, issuing mask mandates, limiting the size of gatherings, restricting restaurant dining, closing gyms, or reducing the hours and capacity of bars, stores, and other businesses.