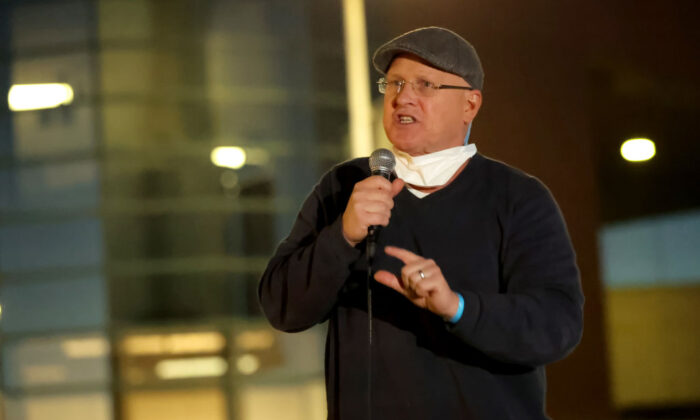 LOS ANGELES—Los Angeles City Councilman Mike Bonin announced he will not be running for re-election in the upcoming race for Council District 11—less than two weeks after his near escape from a recall campaign that was short of about 1,400 validated signatures.

Bonin, who was first elected to District 11’s council seat in 2013, was reelected in 2017 by winning 71 percent of the vote. Last year, he announced he would seek re-election in the upcoming race for his seat in 2022.

On Jan. 26, however, Bonin posted a series of tweets and a video saying he has decided not to seek a third term and will instead shift his focus to his health and wellness.

“I know this decision is surprising,” Bonin said in the video, saying his position in the city council “has forced [him] to focus much more of [his] time and energy on battling the negative instead of creating the positive.”

“Councilmember Mike Bonin is one of the truest and sincere public officials I’ve known in LA. His presence will be missed on the LA City Council. I wish you well, buddy,” Andrew Lewis, a member of the North Westwood Neighborhood Council, wrote on Twitter.

Angeleno and writer Alissa Walker wrote on Twitter, “Mike is the rare elected official who is both honest and courageous, and he has risked everything to prioritize the well-being of families ignored by this city for far too long. It’s a loss for LA, but his decision to prioritize his own well-being is a testament to his leadership.”

On the other hand, Recall Mike Bonin campaign organizer Nico Ruderman told The Epoch Times he was “shocked, but not surprised” by the news.

Ruderman and Katrina Schmitt, both Venice Beach residents, launched the recall in June and submitted 39,188 signatures in November. The campaign ended on Jan. 18, however, when the city clerk announced that a total of 25,965 recall petition signatures were verified—1,352 fewer than the 27,317 required.

While gathering signatures for the recall, Ruderman said he learned that many residents in the district were critical of Bonin.

“We had a movement of over 30,000 signatures,” Ruderman said. “The numbers clearly show he’s done. And he had no chance of winning any election, whether it was a recall or primary or whatever it was.”

Ruderman also said the recall campaign is currently in the process of recounting the “invalid” signatures with the city clerk, saying a lot of those signatures were registered voters that were “thrown out on technicalities.”

The recall campaign came mainly as a result of residents’ growing frustration with Bonin’s handling of homeless encampments, which has become a “humanitarian crisis,” according to the campaign statement.

Bonin, who was once homeless, champions an approach that eschews the encampment ban altogether and focuses efforts solely on providing temporary and permanent housing for the unhoused in his district.

During the pandemic, Bonin declared the Venice Beach Boardwalk a sanctuary zone for those seeking shelter. Over the last summer, he partnered with Mayor Eric Garcetti on an Encampment to Home program that housed about 200 homeless people on the boardwalk.

However, the councilman’s approach to housing came under fire when the boardwalk, as well as other places in his district, became overcrowded with encampments as Bonin refused to enforce the city’s ban on encampments for public spaces.

Despite the recall efforts backed by over 30,000 signatures, Bonin maintained that he would have won a third term if he ran.

“I’m pretty damn confident I could have won a third term on the city council,” Bonin said in his video. “So why am I not running? The decision is not political. My decision is deeply personal.”

Polhill’s campaign consultant Michael Trujillo told The Epoch Times in an email that polls did not favor Bonin in the upcoming race.

“The polling I was privy to had a tough road for [Councilman] Bonin, even getting into the runoff in June,” Trujillo said. “[Council District] 11 is a highly educated voting community – that’s why Allison Holdorff Polhill and her coalition of [Parent Teacher Alliance] Presidents, public school teachers and community leaders will prevail in this race.”

The primary race for the District 11 seat will take place on June 7.