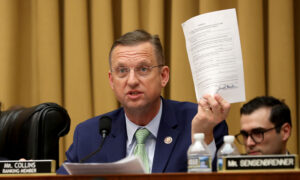 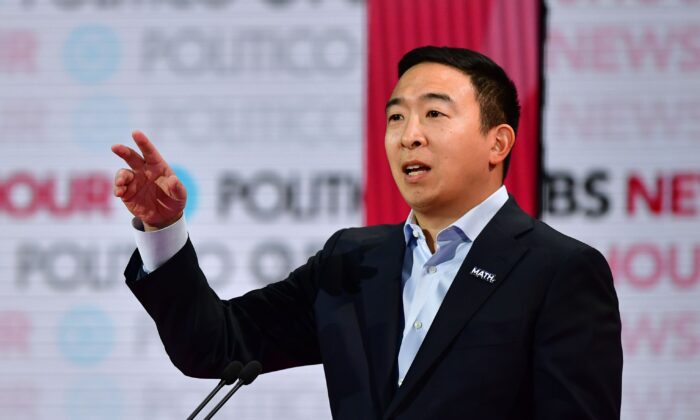 Andrew Yang, a former presidential contender for the Democrat nomination, announced Saturday that he will be moving to Georgia to help Democrats in two runoff elections that may determine the Senate majority.

Yang wrote on Twitter late Saturday that he and his wife Evelyn will be moving to Georgia, which recently became the forefront of the Senate battle after two Republican-controlled seats were sent into runoffs scheduled for Jan. 5, 2021.

“This is our only chance to clear Mitch out of the way and help Joe and Kamala get things done in the next 4 years,” Yang said. “More details to come but let’s go!!!”

Georgia requires a candidate gets at least 50 percent of the vote to win the race. None of this year’s candidates reached beyond that threshold.

With another two uncalled races in North Carolina and Alaska, the control of the Senate now stands at 48-48. Assuming that both incumbent senators are able to maintain their current leads and eventually keep their seats, Republicans will hold a 50-48 seat advantage when the new Congress is sworn in on Jan. 3. Democrats will then need to win both of Georgia’s runoffs to get a 50-50 Senate, with the hope that there will be a Democrat vice president, who also serves as president of the Senate, to cast tie-breaking votes.

With Joe Biden declaring himself the winner of the presidential race, both Republican candidates argued that they must be reelected in order to prevent the Democrats from gaining enough power to carry their socialist agenda.

“If we don’t win on January 5th, Chuck Schumer, Bernie Sanders, and Elizabeth Warren will gain control of the Senate and be able to fast-track their radical socialist agenda,” Loeffler wrote on Twitter. “America simply can’t afford to let that happen.”

Republicans have expressed optimism about Perdue’s reelection. Kevin McLaughlin, the head of the National Republican Senatorial Committee, said in a statement that the senator “won this race in regular time and will do the same in overtime.”

“Georgians have rejected Jon Ossoff’s liberal, socialist agenda not once, not twice, but three times,” said McLaughlin. “And the fourth time will not be the charm, but instead, a perfectly miserable experience for Jon Ossoff, national Democrats and their shared dream of a socialist America.”