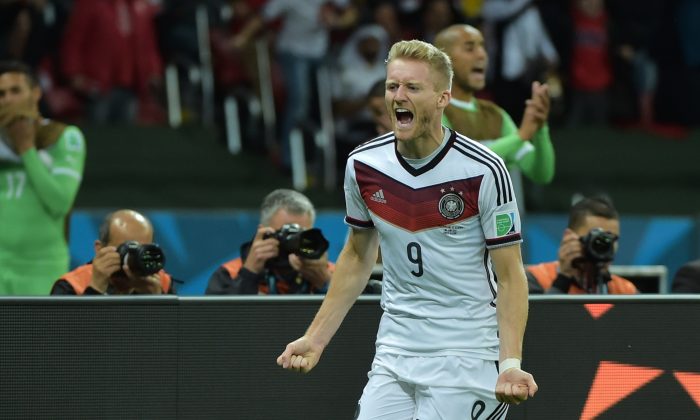 Germany's forward Andre Schuerrle celebrates after scoring a goal during the first half of extra-time in the Round of 16 football match between Germany and Algeria at Beira-Rio Stadium in Porto Alegre during the 2014 FIFA World Cup on June 30, 2014. (GABRIEL BOUYS/AFP/Getty Images)
Gaming

How did German forward Andre Schurrle fare in the 2013/2014 season, and what are his stats like in a video game?

The 23-year-old Chelsea man made 20 appearances (all as a substitute) in all competitions in the 2013/2014 season, scoring 9 goals and proving 2 assists, according to WhoScored.com.

In FIFA 14, EA’s popular soccer simulator, Schurrle has a base rating of 80 in Career mode, and has a growth potential of 5.

Check out a video review here.