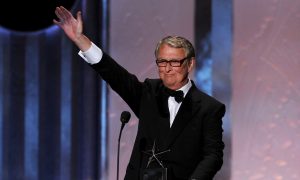 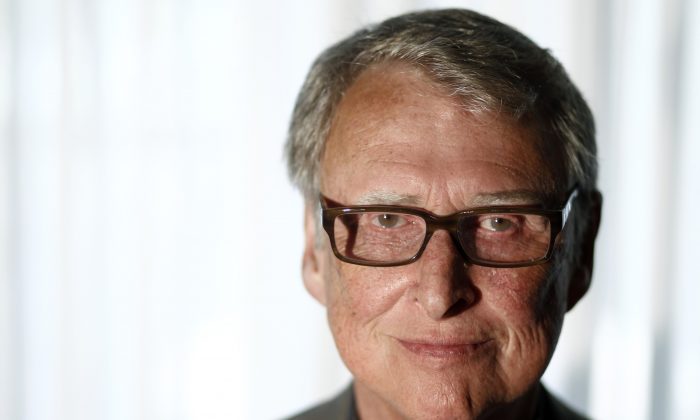 And Here’s to You, Mike Nichols

Mike Nichols, one of the world’s premiere film, theater, and television director/producers, died Wednesday evening at the age of 83.

The death was confirmed by ABC News President James Goldston.

Nichols had a rare show business career that spanned 50 years, wherein he won the even more rare “EGOT” (Emmy, Grammy, Oscar, and Tony awards, in one lifetime).

Actually, there were four Emmys, one Grammy, one Oscar, nine Tonys, and an assortment of other prizes and recognition, not to mention great wealth.

He bred horses, had four wives, divorced three of them, and stuck with the final one—the renowned ABC News anchorwoman Diane Sawyer.

Nichols was a performer and a comedian in his early years, studying method acting with the great Lee Strasberg in New York.

Thereafter he teamed up with University of Chicago classmate Elaine May to become the comedy duo “Nichols and May.” They started working together in the Compass Players, which years later became the primary SNL-feeder source, Second City.

Nichols and May had improvisational skills that were cutting edge, and they soon became household names by lampooning various aspects of American culture in the late 1950s and early ’60s. Topics they picked on included marriage, the phone company, sex, and the funeral industry, among others. Nichols claimed the two of them primarily used themselves as source material.

Their Broadway show, “An Evening With Mike Nichols and Elaine May,” earned a Grammy for best comedy recording in 1961.

Many of today’s greatest actors hoped to work with Nichols, because the fact that he’d been an actor himself meant he had a rare empathy for actors, and was able to facilitate them in arriving at their best work.

Meryl Streep is quoted as saying Nichols was “an inspiration and joy to know, a director who cried when he laughed … an indelible, irreplaceable man.”

Steven Spielberg called him “a friend, a muse, a mentor, one of America’s all-time greatest film and stage directors.”

Nichols himself would say that he identified with Dustin Hoffman’s awkward, perpetually flustered Benjamin Braddock, in “The Graduate.”

Nichols won best-director Oscar for “The Graduate,” co-starring Anne Bancroft as the original cougar after the young Hoffman, begetting the famous line, “Mrs. Robinson, you’re trying to seduce me,” not to mention the hit Simon & Garfunkle song.

Nichols liked stories about the real lives of real people, and the fact that humor exists even in the darkest places. As he himself put it in a 2004 interview with The Associated Press, “I have never understood people dividing things into dramas and comedies. There are more laughs in ‘Hamlet’ than many Broadway comedies.”

Mike Nichols and Diane Sawyer had a storybook soul-mate marriage, where they felt eternally like kids, cooking and staying up until 2 or 3 in the morning, talking.

In addition to Sawyer, Nichols is survived by three adult children from former marriages: Daisy, Max and Jenny, as well as four grandchildren.

At 7:45 p.m. Thursday, Broadway will dim its lights for one minute in honor of Nichol’s passing.