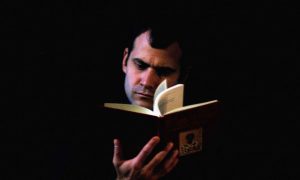 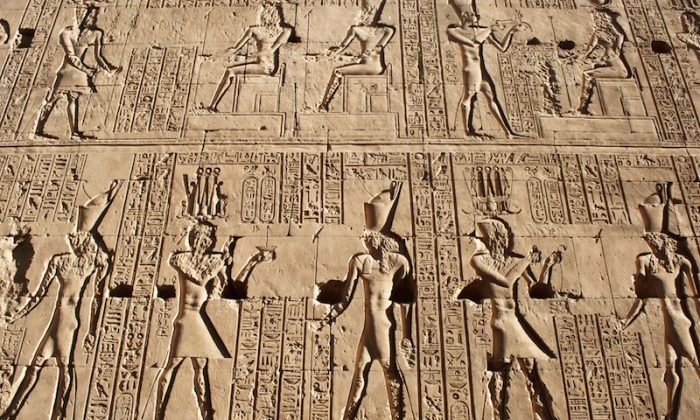 Archaeologists in Egypt have uncovered a tomb in an ancient burial ground in Saqqara, Egypt, dating back 3,100 years, a find that scientists say adds a new “chapter to our knowledge”. The well-preserved wall paintings inside the tomb reveal scenes of funerary procession and the afterlife in remarkable detail.

The burial chamber was discovered by the Cairo University Faculty of Archaeology at the ancient burial ground of Saqqara, around 30 km south of Cairo. The tomb belonged to Paser, a guard who protected the army archives and also served as the royal ambassador between ancient Egypt and foreign countries. The tomb is temple-shaped and consists of a portico entrance, pillars, hall and a peristyle court, which contains the main burial shaft in the centre and opens directly onto a sanctuary with three rooms.

The tomb contains a brightly coloured painting of the afterlife and several inscriptions, which tell of the guard’s funeral procession and his future in the afterlife. One image in blue, red and yellow colors shows Paser’s wife crying over her deceased husband, while another shows Paser’s children offering gifts to the gods. A third relief shows Osiris, the god of the Egyptian underworld, presiding over Paser’s funeral with figures processing with objects integral to the body’s wellbeing for eternal life.

The ancient Egyptian afterlife is one of the earliest known recorded belief systems in history. They believed that humans possessed a ka, or life-force, which left the body at the point of death. In life, the ka received its sustenance from food and drink, so it was believed that, to endure after death, the ka must continue to receive offerings of food, whose spiritual essence it could still consume. Each person also had a ba, the set of spiritual characteristics unique to each individual. Unlike the ka, the ba remained attached to the body after death. Egyptian funeral rituals were intended to release the ba from the body so that it could move freely, and to rejoin it with the ka so that it could live on as an akh. However, it was also important that the body of the deceased be preserved, as the Egyptians believed that the ba returned to its body each night to receive new life, before emerging in the morning as an akh.

Although the ability to enter the afterlife was once believed to be dependent on royal blood or royal favours. During the late Old Kingdom and the First Intermediate Period (c. 2181–2055 BC), the Egyptians gradually came to believe that possession of a ba and the possibility of a paradisiacal afterlife extended to everyone.

*Image of “Egyptian heiroglyphics” via Shutterstock