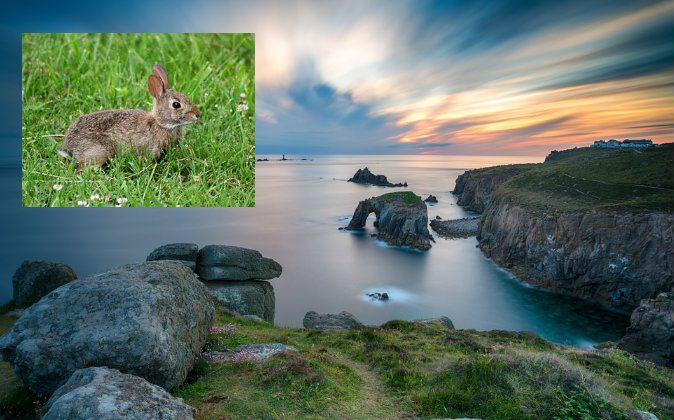 In February last year, a family of rabbits won some favor amongst archaeologists in England when they dug up an ancient artifact in Cornwall. Researchers quickly picked up where the busy rabbits had left off and soon unearthed a treasure trove of relics, including Stone Age arrow heads and flint tools dating back at least 8,000 years. Now a new excavation at the prehistoric site has revealed another sixty ancient objects, evidence of an Iron Age hill fort, Bronze Age barrow cemetery, and a Neolithic passage grave, according to a report in The Cornishman.

The discovery was made in a place known as ‘Land’s End’, a headland and small village in western Cornwall, England. It is the most westerly point of the country and is nestled precariously on the inhospitable Atlantic coast. It is a land imprinted with thousands of years of myth and legend. Its windswept fields are peppered with incredible records of ancient times, including megalithic monuments, Celtic shrines, ancient tin mines, burial sites, and preserved ancient villages.

Although there are a number of important archaeological sites in the local area, the Land’s End excavation is certainly the first to be prompted by a family of rabbits. The finding prompted the tourist attraction to commission a thorough archaeological investigation of its land and now the finds discovered and compiled by Big Heritage UK have revealed some further startling results.

In just one day of digging in a one-meter square dig spot, archaeologists unearthed over sixty ancient objects, including Mesolithic stone hammers, arrow heads, scrapers and waste from a flint tool-making factory, raising the question of what else will be found as the excavation continues.

“We’ve found about 60 flint tools and two stone hammers and they are stunningly beautiful. I’m lost for words – it almost sounds like something out of an Indiana Jones film,” said Dean Paton, lead archaeologist for Big Heritage.

The findings span thousands of years from the Mesolithic to the Neolithic, Bronze Age, and Iron Age, demonstrating continuous use of the site for several millennia. Investigations will continue over the next few years to piece together the ancient past of Land’s End.

* Image of Lands End in Cornwall via Shutterstock