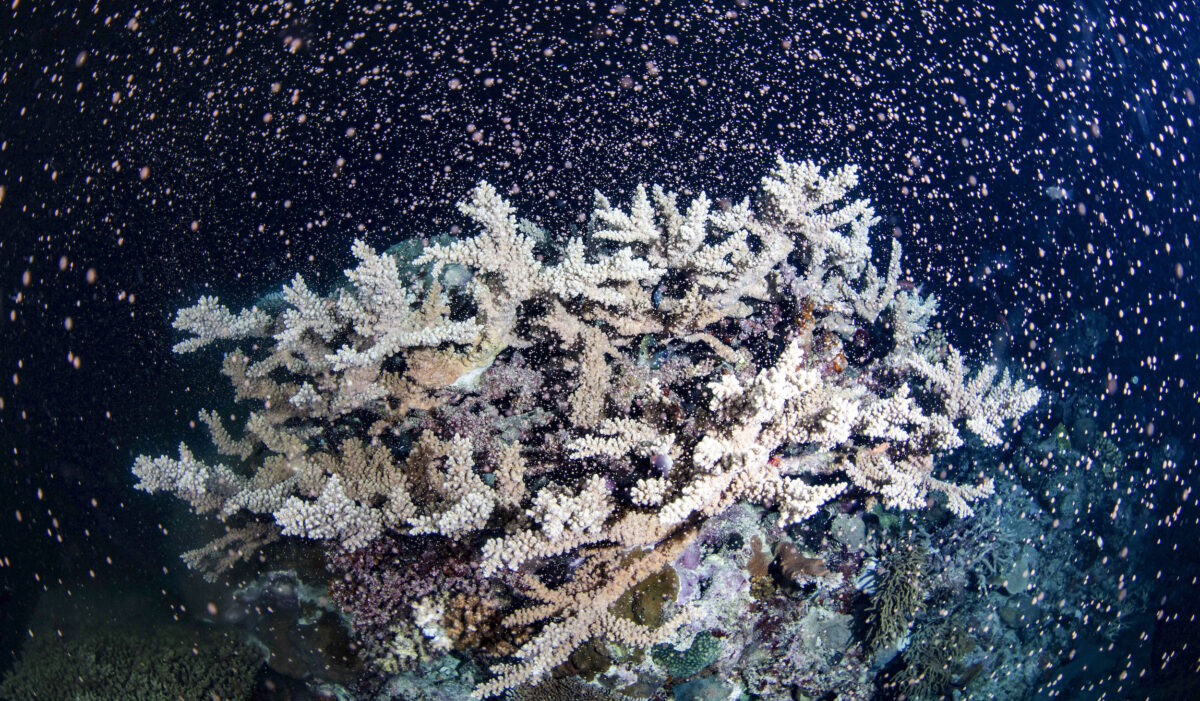 Corals fertilize billions of offspring by casting sperm and eggs into the Pacific Ocean off the Queensland state coastal city of Cairns, Australia, on Nov. 23, 2021. (Gabriel Guzman/Calypso Productions via AP)
Australia

An ancient landform resembling a reef that was “hidden” in plain view was discovered on the Nullarbor Plain, located along the Great Australian Bight coast in South Australia, by Curtin University researchers.

“The ring-shaped ‘hill’ cannot be explained by extra-terrestrial impact or any known deformation processes but preserves original microbial textures and features typically found in the modern Great Barrier Reef,” he said in a statement.

The ring structure was initially thought to be the discovery of the first meteorite crater of the Nullarbor Plain.

However, at a closer inspection, the team found no chemical or high-pressure indicators of an impact, Barham wrote in The Conversation.

After cutting and polishing samples of rock, evidence of microbial organisms was discovered.

“Supported by similar ‘doughnut’ structures formed by algae on the Great Barrier Reef, we interpreted the bullseye as an ancient isolated ‘reef,’” Barham said.

Covering an area of about 200,000 square kilometres (77,220 square miles), the Nullarbor Plain is the world’s largest limestone karst.

Large areas of the plain, which is understood to have emerged from the ocean around 14 million years ago, has remained largely unchanged by weathering and erosion, in part due to its notoriously dry and barren landscape.

This makes it a unique geological record of ancient history in “remarkable ways,” Barham said.

“And it is not only landscapes. Isolated cave shafts punctuating the Nullarbor Plain preserve mummified remains of Tasmanian tigers and complete skeletons of long-extinct wonders such as Thylacoleo, the marsupial lion,” Barham said.

The discovery challenged understandings of the plain as flat and featureless, as seen through the human eye.