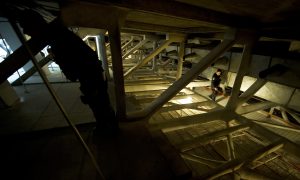 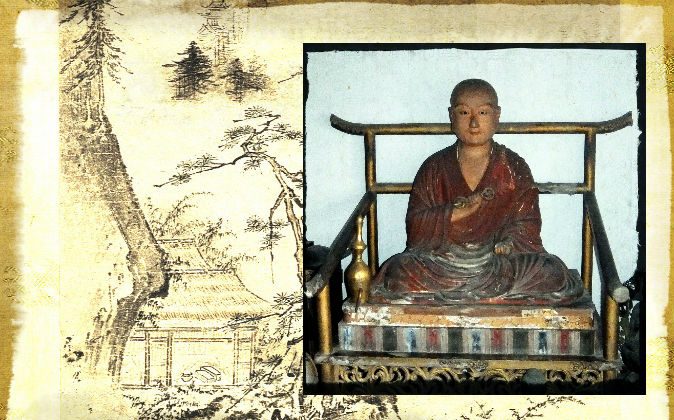 Over 1,000 years ago, a practice was pioneered by a Japanese priest named Kukai, which was intended to demonstrate the ultimate act of religious discipline and dedication – self-mummification. The practice, known as Sokushinbutsu, was a ritual observed over numerous years, which culminated in death and the complete preservation of the body. If successful, the monk was posthumously placed in a temple for others to see and honor.

Kukai (774 – 835 AD) was a Japanese monk, civil servant, scholar, poet, artist, and founder of an esoteric sect known as Shingon, which combined elements from Buddhism, Old Shinto, Taoism, and other religions. He and his followers practiced Shugendo, a philosophy based on achieving spiritual power through discipline and self-denial.  Towards the end of his life, Kukai went into a state of deep meditation and denied all food and water, eventually leading to his voluntary death. He was entombed on Mount Koya in Wakayama prefecture. Some time later, the tomb was opened and Kukai, known posthumously as Kobo-Daishi, was supposedly found as if sleeping, his complexion unchanged and his hair healthy and strong.

In “Living Buddhas: The Self-Mummified Monks of Yamagata, Japan,” Ken Jeremiah points out that many religions have viewed the incorruptibility of the corpse as a sign of special grace or supernatural ability.

The Process of Self-Mummification

The steps involved in mummifying one’s own body were extremely rigorous and painful. For the first 1,000 days, the monks ceased all food except nuts, seeds, fruits and berries and they engaged in extensive physical activity to strip themselves of all body fat.

For the next one thousand days, their diet was restricted to just bark and roots. Near the end of this period, they would drink poisonous tea made from the sap of the Urushi tree, which caused vomiting and a rapid loss of body fluids. It also acted as a preservative and killed off maggots and bacteria that would cause the body to decay after death.

In the final stage, after more than six years of torturous preparation, the monk would lock himself in a stone tomb barely larger than his body, where he would go into a state of meditation. He was seated in the lotus position, a position he would not move from until he died. A small air tube provided oxygen to the tomb. Each day, the monk rang a bell to let the outside world know he was still alive. When the bell stopped ringing, the tube was removed and the tomb sealed for the final thousand day period of the ritual.

At the end of this period, the tomb would be opened to see if the monk was successful in mummifying himself.  If the body was found in a preserved state, the monk was raised to the status of Buddha, his body was removed from the tomb and he was placed in a temple where he was worshiped and revered. If the body had decomposed, the monk was resealed in his tomb and respected for his endurance, but not worshipped.

This ancient practice of self-mummification continued until the 19th century when it was outlawed by the Japanese government. Today, sokushinbutsu is not advocated or practiced by any Buddhist sect.

It is believed that many hundreds of monks attempted sokushinbutsu, but only 28 are known to have achieved mummification, many of whom can be visited in various temples in Japan. The most famous is Shinnyokai Shonin of the Dainichi-Boo Temple on the holy Mount Yudono. Others can be found in Nangakuji Temple, in the suburbs of Tsuruoka, and at Kaikokuji Temple in the small city of Sakata.