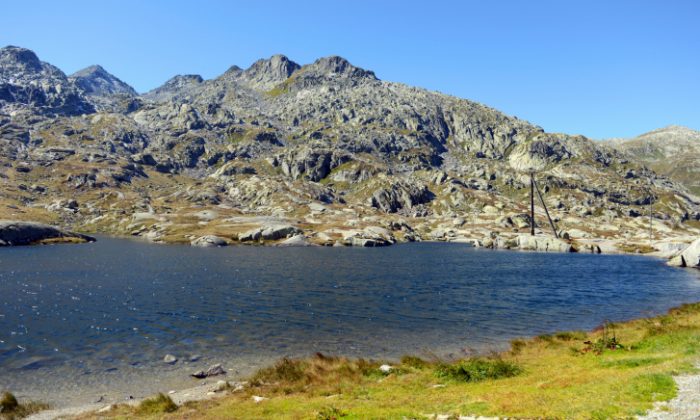 A new study published in the journal Antiquity has revealed that a number of Bronze Age child skulls discovered around the perimeter of ancient settlements in Switzerland and Germany show signs of violent death. According to a report in Live Science, the children’s skulls may have been offered as gifts for the local lake gods.

During the 1970s and 1980s, archaeologists discovered a series of ancient settlements dotted along Alpine lakes in Switzerland and Germany.  Excavations at these sites revealed more than 160 dwellings, along with hunting tools, ceramics, and other artifacts dating back to between 3,800 and 2,600 years ago.

The villages would have been set up close to the lakes to provide ready access to fresh water, along with fish for eating, and reeds for weaving. However, the Bronze Age lake dwellers also regularly faced flooding. Archaeological evidence shows that houses were built on stilts or wooden foundations and that homes were moved further away when lake levels rose, before being returned again after they receded.

It is well-known that Bronze Age societies made sacrifices to appease their gods. Offerings were made by either burying the sacrifice in the ground or placing it in water. It was important that the right type of gift was sacrificed in the right way and in the right place. Water appears to have been an important place to make offerings, perhaps due the belief that water was an important doorway to the supernatural.  Archaeological discoveries, such as the bog bodies of Lindow Man and Tollund Man, show that humans also sometimes formed part of these offerings.

This brings us back to the Bronze Age lake settlements of Switzerland and Germany. In addition to the discovery of numerous ancient artifacts, researchers also found many children’s skulls encircling the perimeter of the villages. Many of these skulls had been placed there long after their initial burial, at a time when the settlements experienced the worst inundation from rising lake levels.

In the current study, researchers from Basel University in Switzerland examined some of the skulls and found evidence of violent death including axe blows and other head traumas. Study co-author Benjamin Jennings suggests that the injuries do not have the uniformity associated with sacrifice or ritual killing, and it is more likely they were killed in warfare. Nevertheless, the circumstances of the burials suggest the skulls may have been offered after death as gifts to the lake gods to ward off flooding, as they had been intentionally placed at the high-water mark of the floodwaters.

“Across Europe as a whole there is quite a body of evidence to indicate that throughout prehistory human remains, and particularly the skull, were highly symbolic and socially charged,” Jennings told Live Science.

The results provide further insights into Bronze Age culture, revealing new information about how they treated their dead, and religious beliefs and rituals associated with natural calamities.