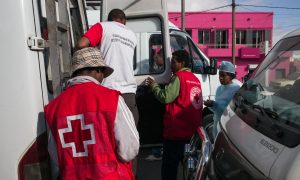 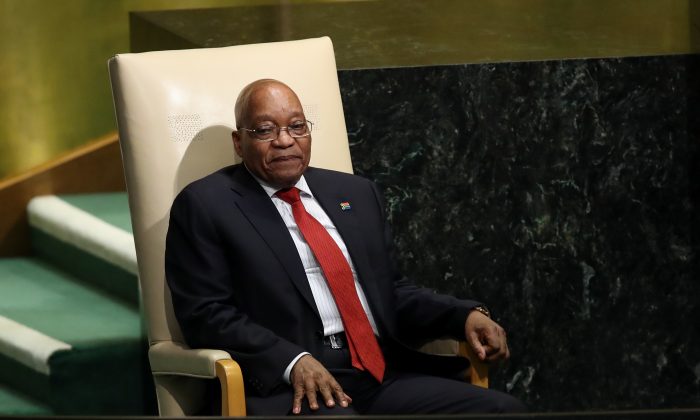 JOHANNESBURG—The ANC has decided to sack Jacob Zuma as President of South Africa, a senior official said on Tuesday, after a marathon meeting to determine the fate of a leader whose scandal-plagued years in power darkened and divided Nelson Mandela’s ‘Rainbow Nation.’

The decision by the ruling party’s national executive came in the early hours of the morning, after 13 hours of tense deliberations and one face-to-face meeting between Zuma and his presumed successor, deputy president Cyril Ramaphosa.

Zuma has been living on borrowed time since Ramaphosa, a union leader once tipped as Mandela’s pick to take over the reins, was elected as head of the 106-year-old ANC in December, narrowly defeating Zuma’s ex-wife, Nkosazana Dlamini-Zuma.

Despite the damning decision to order Zuma’s “recall” — ANC-speak for ‘remove from office’ — domestic media have speculated that the 75-year-old might yet defy the party’s wishes, forcing it into the indignity of having to unseat him in parliament.

Shortly before midnight, the SABC state broadcaster said Zuma had been told in person by Ramaphosa that he had 48 hours to resign. A senior party source later told Reuters Zuma had made clear that he was going nowhere.

“Cyril went to speak with him,” the source said, adding that when Ramaphosa returned to the ANC meeting in a Pretoria hotel, the discussions were “tense and difficult”.

“We decided to recall Zuma. He hasn’t been told yet,” the source said.

The ANC said it would hold a media briefing at 12:00 p.m. local time to reveal the results of the meeting.

Zuma’s spokesman did not answer his mobile phone.

On Friday his wife Tobeka Madiba-Zuma posted comments on Instagram suggesting Zuma, who has challenged and defied attempts by the ANC and courts to rein him in, was prepared to fight and believed he was the victim of a Western conspiracy.

“He will finish what he started because he does not take orders beyond the Atlantic Ocean,” she said.

South Africa’s economy, the most sophisticated on the continent, has stagnated under Zuma’s nine-year tenure, with banks and mining firms reluctant to invest because of policy uncertainty and rampant corruption.