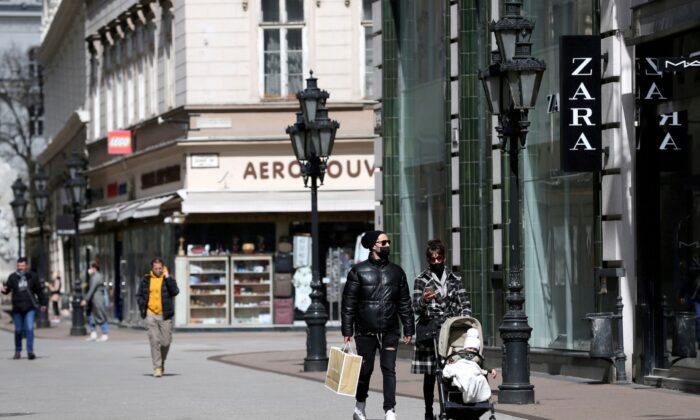 Analysis: Central Banks and Governments in Eastern Europe at Odds Amid Inflation

BUDAPEST—A surge in price growth in eastern Europe has opened a rift between central banks that have launched rate hikes to battle inflation and populist governments trying to defend a strong economic recovery.

The standoff is most apparent in Hungary and the Czech Republic, where national elections have complicated the task of central banks, which have led the way in the European Union in monetary tightening. Both have raised their key rates by more than a percentage point since June.

Tight labor markets and expansionary fiscal policies have added to global pressures on inflation, which economists say could haunt the EU’s east longer than initially believed.

“Central and Eastern Europe is one of the regions of the world where we think that the risk of sustained higher inflation in the next few years is greatest,” Capital Economics analyst Liam Peach said.

Facing the prospect of a close election next year after three successive landslides since 2010, Hungarian Prime Minister Viktor Orban has offered voters handouts in defiance of central bank calls for fiscal restraint.

Finance Minister Mihaly Varga has cautioned the central bank against tightening policy too fast for fear of triggering an economic slump.

There was a similar standoff before an Oct. 8–9 election in the Czech Republic in which Prime Minister Andrej Babis lost power. He had criticized the central bank’s biggest rate rise in over two decades as harmful for the economy.

“Across the region, October’s CPI is likely to approach or exceed 6 percent yoy (year on year), mostly due to external factors such as energy, fuel and food prices. However, we continue to believe that inflation in the CEE (Central and Eastern Europe) is not transitory,” Societe Generale said.

A poll by Hungarian jobs board profession.hu found that hiring intentions have already exceeded levels seen before the COVID-19 pandemic, when labor markets were already tight, and that more than half of firms surveyed planned to lift wages by at least 10 percent next year.

“Everybody’s hiring,” said Sandor Baja, staffing company Randstad’s Managing Director for the Czech Republic, Hungary, and Romania. “Employees know full well that their employers are exposed … The supply-and-demand equation tells them not to swallow a fall in purchasing power.”

Economists say the region could face renewed bouts of market volatility during a period of heightened uncertainty over inflation and monetary dynamics after the upside surprises in Poland and the Czech Republic.

Hungary’s central bank is expected to raise its base rate by another 15 basis points to 1.8 percent on Tuesday. However, some economists see an outside chance for a 30-basis-point hike after September inflation rose to a nine-year-high.

“To what extent companies will be able to swallow these cost rises will also depend on how the pandemic hit them,” said the manager, who declined to be named.

“Next year we expect some normalization in raw materials and energy prices, but not a drastic decline and these new levels will definitely exceed pre-crisis costs.”

Central European households are also increasingly alarmed by rising inflation, a Eurobarometer survey showed. Inflation concerns in Hungary, Poland, and the Czech Republic are now among the highest in the 27-nation EU.

Katalin Almasi, a 63-year-old pensioner, said she needs to work as a cleaner in a Budapest shopping mall to make ends meet.

“You can see the price rises everywhere, especially in food and fruits. You really need to have a good look around to see where they are worth buying,” she said. “I do not even like going to the shops anymore.”