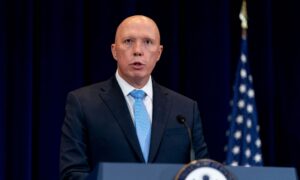 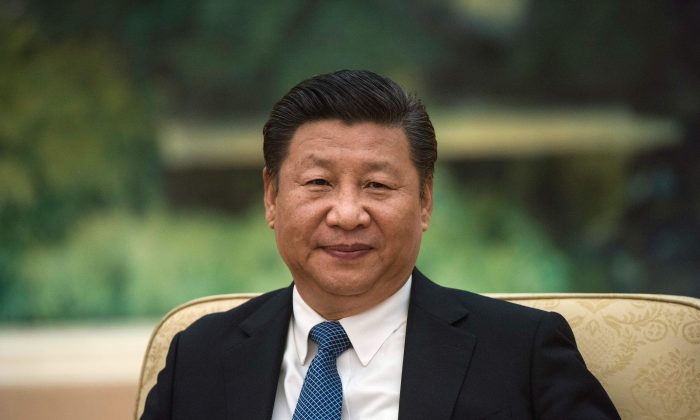 Analysis: Behind Xi Jinping’s ‘Crushing Momentum’ in Cleaning Up Corruption

At a recent meeting of the Chinese regime’s top elites, Chinese leader Xi Jinping sent the strongest signal to date that he is fast closing in on Jiang Zemin, the former Communist Party dictator and Xi’s chief political antagonist.

“The battle against corruption has gained crushing momentum,” read a statement carried by official mouthpiece Xinhua on a Dec. 28 Politburo meeting chaired by Xi.

On the surface, Xi Jinping’s anti-corruption campaign does seem like a genuine effort at wiping out malfeasance in the regime, and overturning the culture of corruption in China. State controlled and overseas Chinese newspapers carry stories of scared officials and their kin canceling big banquets, trading in their sports cars for modest saloons, and giving up golf, a “rich man’s game” long frowned upon by the Party.

And according to official figures, Xi’s efforts at “strictly governing the Party” are substantial—over one million officials have been purged, more than 200 of whom are high-ranking civilian and military personnel.

But Xi’s anti-corruption campaign has always had the underlying purpose of eliminating a rival political faction led by Jiang Zemin. Jiang had stayed de facto ruler for over a decade after handing over the reins of the regime to Hu Jintao through keeping his loyalists in high office. Many lower officials also back Jiang because he allowed them to become rich and powerful through corruption and kleptocracy.

Xi has hinted this year that his campaign is aimed at wresting political power from Jiang, something that is never indicated in official discourse, but is obvious when reading between the lines.

Powerful political allies of Jiang who have been purged—Bo Xilai, Zhou Yongkang, Guo Boxiong, Xu Caihou, Ling Jihua—have frequently been named and shamed by Xi in official speeches and in editorials in Party newspapers. They are described as ambitious political conspirators who have been cast out of the Party and jailed.

The leadership of key Party organs in the hands of the Jiang faction—public security, propaganda, offices that oversee Hong Kong—have been chastised by anti-corruption investigators for lacking “political awareness and sensitivity,” Party speak for Xi’s orders not being properly followed or executed.

Associates of vice premier Zhang Gaoli who gained top office in Tianjin when Zhang was leader of the provincial-level city were recently investigated for corruption, a move that may foreshadow an eventual inquiry of Zhang himself.

Meanwhile, a pro-Beijing Hong Kong newspaper has accused Chinese legislature chief Zhang Dejiang and propaganda boss Liu Yunshan of bringing “calamity” to Hong Kong, and claims that they have thus far escaped being held accountable because their political client is Jiang Zemin.

Jiang himself appears to be in check since August 2015, when the state-run People’s Daily ran an editorial cautioning retired elite officials against interfering in contemporary politics.

Jiang hasn’t been seen in public since reviewing a big military parade in 2015. He also failed to attend the funerals of prominent Party cadres, an ominous sign in a regime where the true status and power of top officials are communicated through seemingly trivial events.

In March 2016, Shanghai-based human rights lawyer Zheng Enchong told Epoch Times that Jiang and his two sons have been placed under some form of control, citing “extremely reliable channels” and the relaxations in his own situation. Zheng, having tussled with powerful members of the Jiang faction in Shanghai, is presently under house arrest.

In June 2016, Epoch Times learned from a member of a security detail assigned to retired senior cadres that Jiang was forcibly removed from his residence on June 10 by the Chinese paramilitary, who then dropped him off inside a military compound.

That Jiang, and very possibly even his right-hand man and former regime vice chairman Zeng Qinghong, are in deep trouble was hinted at publicly by Xi Jinping with talk of the anti-corruption campaign’s “crushing momentum” at the Dec. 28 Politburo session. This statement suggests a “major watershed in the situation,” according to Xin Ziling, a retired Chinese defense official with channels to moderate voices in the top leadership.

“Now all members in the Jiang faction, and those who still have hope in Jiang’s faction, can see clearly the situation, and will be enormously shocked,” Xin continued. “Soon, rats will leave a sinking ship.”

Xin believes that with Xi Jinping recently harping on the discipline of the elite leadership, “those found to be problematic and have to be removed will go.”

“Zhang Dejiang has created sharp problems in Hong Kong, and Zeng Qinghong is still backing him,” Xin said. Zhang, a Politburo Standing Committee member, “could very possibly be taken down; that is not impossible.”