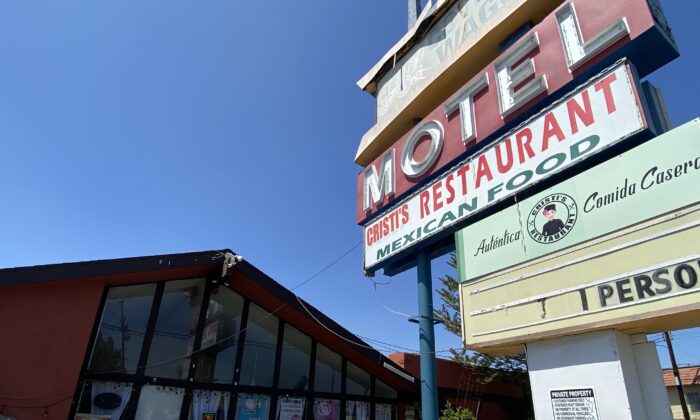 Anaheim Will Pay $6.6 Million for Motel to Improve Beach Boulevard

The City of Anaheim will purchase the Covered Wagon Wheel Motel on South Beach Boulevard for $6.6 million—a low price compared with other purchases—as a part of the “Rebuild Beach” program started earlier this year.

“We’ve been working on this a long time,” Mayor Pro Tem Trevor O’Neil told the city council on Sept. 13. “This acquisition is really the next big step towards our goal of rebuilding Beach, helping to reduce crime, clean up the area … I’m very excited for this.”

Councilman Jose Moreno said councilors’ hopes for the project are “to keep residents in the residence and have their kids come back and live in Anaheim.”

Funding for the project comes from California taxpayers through a pair of programs administered by the state: the Permanent Local Housing Allocation and Low Moderate Income Housing Asset Funds.

The city plans to demolish the current 70-room motel—closed by the city March 29 because of concerns about public safety and health—and replace it with a mixed-use structure.

This would be the third Beach Boulevard motel the city has acquired in the past 20 years. The Silver Moon—acquired in 2001 and demolished in 2002—and the Americana—acquired in 2019, demolished in 2021—are both in the planning stages for affordable housing with some units for sale and some retail, according to the city’s website.

Councilors aim for a similar outcome for the Covered Wagon Wheel. They say a new structure would offer a minimum of 47 units.

The city wants to offer housing opportunities for everyone from homeless people to those who can afford home ownership. This blended housing design would offer rental and ownership deals, as well as amenities from social services to offer rehabilitation opportunities.

The Rebuild Beach program is meant to improve Highway 39—known as Beach Boulevard and a state route overlook by the state Department of Transportation—and boost the economy by replacing motels and other run-down businesses.

According to the program’s page, human trafficking, prostitution, illegal gambling, drug dealing and abuse, and homelessness have an opportunity to flourish in worn-down businesses and hotels.

Police activity responding to calls—including disturbance, trespassing, narcotics, assault, and stolen vehicles—at motels on Beach Boulevard have increased from 683 in 2017 to 2,174 in 2021.

Since the city has approved the purchase, the next 24 to 36 months will be dedicated to plan and gather financing before construction can begin. While staff members see the long-term vision taking decades to reach a desired “utopia” for the area, to meet state grant requirements, this project must be completed in the next five years.

This “blight to the town,” as city staff referred to the motel, will eventually, they believe, become a future asset to the community and lessen the need for police responses.