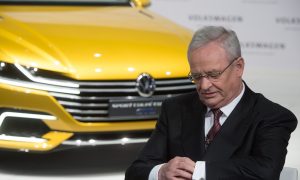 Will Volkswagen Scandal Tarnish 'Made in Germany' Image?
0 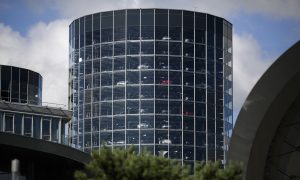 Town That Volkswagen Built From Scratch Girds for Trouble
0 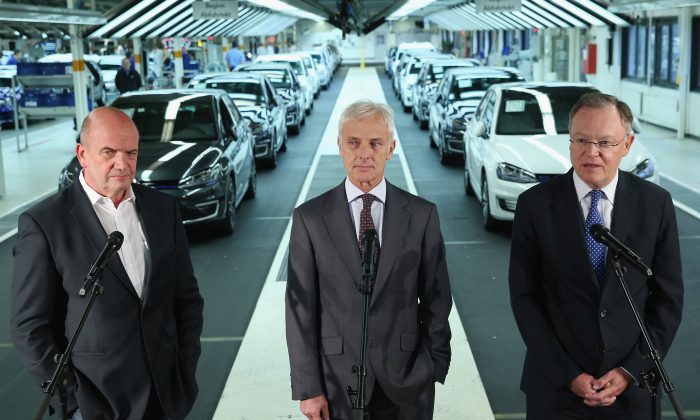 There’s doom and gloom on the horizon for Volkswagen, after it was revealed the company used technology to hide gas emissions on its “Clean Diesel” cars.

Close to half a million cars in the United States may have been affected, and lawmakers are now eying what could be a devastating settlement against the German automaker. If you’re keeping tabs, that’s on top of its CEO resigning, and its stock having already taken a 30 percent dive.

Yet, there may still be hope for Volkswagen, according to Amar Manzoor, an industrial warfare expert who trains business leaders on how to prepare for and weather crises by attacking organizational weaknesses.

According to Manzoor, there may not be a quick fix since “their entire transaction has been affected” from cost of products to morale among employees. Yet in the long term, the company can pull through. After a crisis hits, he said, the corporate strategy needs to be “damage limitation.”

“The key is to keep transactions moving, because that’s the life-flow throughout of a company,” Manzoor said. Volkswagen is on life support right now, he said, and to sustain its financial life-flow, they need to cut costs everywhere they can.

The company is also bleeding cash, and stabilizing this requires patching the part that was damaged. For Volkswagen, the damage was done to their credibility, and fixing it means finding a way to win back trust. If people don’t trust the product, they don’t buy the cars, and the company loses shareholders until nothing is left.

You need to keep the transactions going, even if you’re making little profit on a car.
— Amar Manzoor

After marketing themselves around trust, the next step for Volkswagen, Manzoor said, is to win back their customers. After customers start trusting the product again, they need incentive to purchase—and this likely means Volkswagen will need to cut prices.

“You need to keep the transactions going, even if you’re making little profit on a car,” he said.

Finally, they’ll need to win back their shareholders by showing some increase in revenue—even if it’s just a bit of improvement—and this could come naturally from the previous steps. Once they see low stocks on the rise, the shareholders are likely to come back, simply from the prospects of making a profit.

While it’s now too late for “should haves,” there are many things Volkswagen could have done before, or soon after, the scandal was made public. A few simple strategies could have significantly changed the outcome.

“My response would have been to expose the problems beforehand by Red Teaming through the organization,” Manzoor said, referring to a practice where teams launch simulated attacks to identify weaknesses.

Doing this would have allowed Volkswagen to control the crisis. They would have had greater sway over the narrative, and they could have put teams in place to investigate and fix the problem as it went public. If the causes and effects were identified early enough, the issue could have been controlled.

While it’s unlikely that making the problem public would have saved them from settlements, it would have significantly reduced the blow on trust—and thereby lessened the drop in sales and shares.

It would have also made it easier for them to bounce back.

One problem, Manzoor said, is that businesses often don’t build security into their corporate strategies—a service his company, 7Tao, offers to clients.

A bit of thinking ahead, he said, can ensure a business doesn’t smash on the rocks when a storm hits.

I want all the weaknesses exposed internally, before they damage the corporation.
— Amar Manzoor

“Before the corporation of 300,000 people disappears into a black hole, it’s worthwhile uncovering these areas and being able to know how it might happen,” he said.

“I want all the weaknesses exposed internally, before they damage the corporation. That’s essentially what I’m looking for,” he said.

Taken from another perspective, the controversies around Volkswagen are but a glimpse into the unfettered world of business warfare.

The reality of today’s markets is that some businesses are playing unfair—whether its a Chinese company stealing intellectual property through cyberattacks, a tech company selling customer data for extra cash, or an automaker fixing its numbers.

“The problem is quite easy to see if you look closely enough,” Manzoor said, noting that in the case of Volkswagen, automakers faced the challenge of making vehicles appealing to customers while also meeting emission tests, while in a market that has become extremely competitive.

Shareholders add to this pressure, he said, and this competitive environment has “revealed underlying weaknesses in the automotive companies.”

Under such pressure, he said “German engineers possibly cut corners and placed market share into the equation to get away with the problem.”

“German companies are facing what every company is facing in the entire world: an ever expanding financial crisis and the increase in the amount of competitors who are fighting for a decreasing slice of the marketplace,” Manzoor said.

“Not all competitors are going to treat you the same,” he said. “They will be using the art of industrial warfare to steal the transactional growth of their competitor”

Case in point, after Volkswagen was found using software to dupe smog tests, The Guardian reported that BMW, Mercedes, and General Motors may be doing the same thing.

Behind the scenes, Manzoor said, “Corporations are probably now running to make sure the I’s are dotted and the T’s are crossed.”

While these other automakers may have time to mitigate the crisis, Volkswagen became the fall guy. It seems now that many top people in the company were aware of the scandal, yet they failed to build a fall-back plan if their failed strategy went public.

At the end of the day, Manzoor said, the people at Volkswagen “have been hit hard by something they should have already been aware of.”