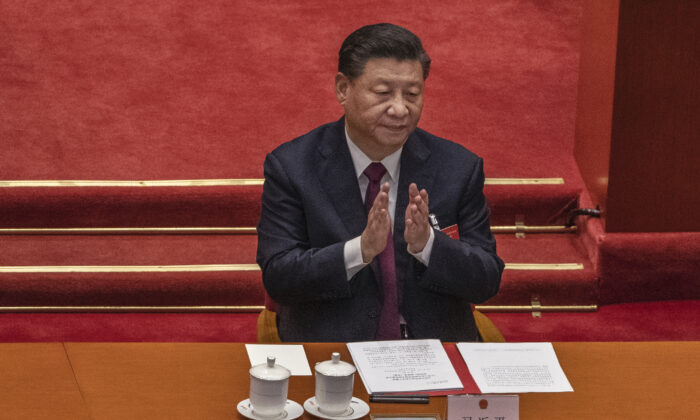 Following the death of Mao Zedong, former president and founding father of the People’s Republic of China, more than 40 years ago, his successor, Deng Xiaoping, instituted economic reforms that looked less like classic communism and more like capitalism. It didn’t happen all at once, but gradually. The result was that millions of Chinese were lifted out of poverty.

As The Washington Post noted, “Under Deng’s leadership, China abandoned the ideological structures of the past and embraced policies founded on practicality and experience. … These policies unleashed the creative and entrepreneurial potential of the Chinese people and allowed China to break out of its self-imposed isolation.”

Now comes current President Xi Jinping, who is conducting a war on private enterprise by reversing the economic successes China has enjoyed since reforms were instituted.

A Wall Street Journal examination of Xi’s speeches and writings concludes the Chinese president believes “private capital now has been allowed to run amok, menacing the party’s legitimacy. … He is trying forcefully to get China back to the vision of Mao Zedong, who saw capitalism as a transitory phase on the road to socialism.”

This has the whiff of Mao’s Cultural Revolution. As History.com remembers: “Believing that current communist leaders were taking the party, and China itself, in the wrong direction, Mao called on the nation’s youth to purge the ‘impure’ elements of Chinese society and revive the revolutionary spirit that led to victory in the civil war 20 years earlier ….”

Following the revolution, a reporter for a Hong Kong political journal discovered classified statistics that said nearly 2 million Chinese were killed and another 125 million were either persecuted (including intellectuals and even people seen wearing glasses), or subjected to what were euphemistically called “struggle sessions.”

President Xi has been working quietly to undermine China’s economy. The Journal says he has generated “more than 100 regulatory actions, government directives and policy changes since last year.” His aim, it says, is to break the market dominance of companies, including e-commerce behemoth Alibaba Group Holding Lt., among others.

During a meeting last month, Xi signaled plans to go even further, emphasizing a goal of “common prosperity.”

Does this not sound like former President Barack Obama’s pledge to “spread the wealth around” and attempts by President Biden and a Congress led by Democrats to increase taxes on the wealthy, including corporations which, when prospering, hire people who pay taxes, increasing government revenue?

In the cases of China and the United States—when our government is run by Democrats—ideology and party control trumps policy success. Some people prefer power to positive outcomes. It’s all about control.

The policies of communists like Lenin, Stalin, and Mao have caused millions of deaths, widespread poverty, and loss of individual freedom. The policies of John F. Kennedy (who cut taxes and was anti-communist), Ronald Reagan and, yes, Donald Trump, lifted many “boats,” encouraging initiative and hard work and thus spreading prosperity around.

In the United States, the prosperity unleashed by lower taxes and fewer regulations has proven to increase employment, raise wages, and boost individual prosperity for those willing to work and take minimal risks, such as moving to states that provide better opportunities. Now Democrats are trying to sink the country in more debt, raise taxes, re-impose regulations, all in the name of “equity,” “fairness,” and taxing the rich so they will pay their “fair share,” whatever that is.

Why do people never seem to learn these economic and political lessons? Perhaps it is because history is rarely studied, or if it is, it is re-written to reflect the ideology of the teachers, politicians, and dictators.